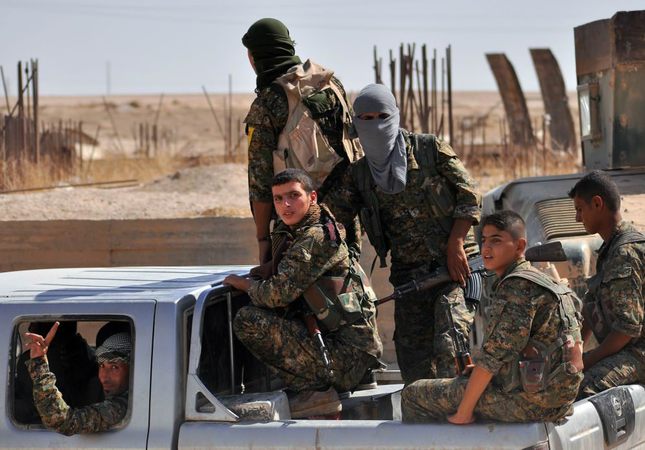 Two members of the YPG were killed after being targeted by Assad regime forces in Qamishli in northeast Syria on Wednesday, a YPG official told Reuters.

The Britain-based Syrian Observatory for Human Rights, which monitors the Syrian conflict through a network of sources, said two YPG members died and three others were wounded. The fighting came after the YPG forces stopped a car containing an officer of the Syrian national defence forces at some point in the past 24 hours.

The Observatory said the situation in Qamishli was tense and shops had closed their doors.

The regime forces could not be reached for comment.

YPG is PYD's armed wing and is affiliated with the PKK, which is designated a terrorist organization by the U.S., EU and NATO.

Ankara says that the PYD and YPG's close links with the PKK pose a threat to Turkey's national security. The PYD, as the Syrian integration of the PKK terrorist organization, has been taken as a partner by the West despite Ankara's concerns.

The U.S. provided arms to the PYD in October, which drew heavy criticism from Ankara. The U.S. air force dropped 50 tons of arms and ammunition to the PYD in the northern Syrian province of al-Hasakah.