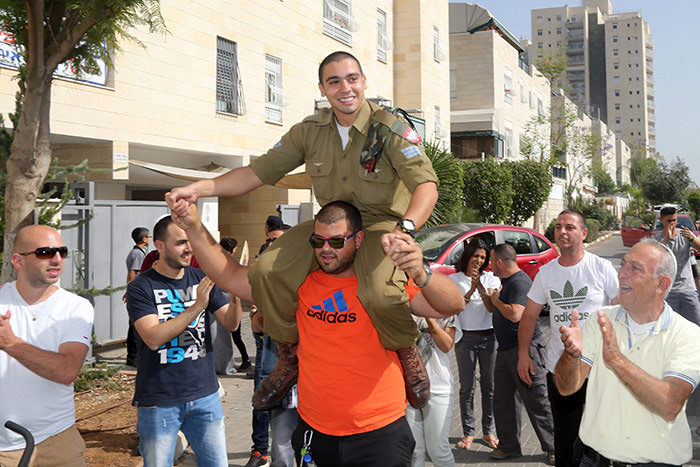 An Israeli soldier charged with manslaughter after shooting a prone and wounded Palestinian assailant in the head was released from custody on Friday for the Jewish Passover festival, the army said.

"Elor Azria was released home for the Passover holiday," an army statement said.

A Youtube video, showing an Israeli soldier killing a wounded Palestinian man, was widely circulated after the incident.

The Palestinian man, identified as 21-year-old Abdul Fatah al-Sharif, was reportedly wounded after an alleged knife attack and was shot in the head by the Israeli soldier, despite lying on the floor in an injured condition.

The video also showed that the wounded man was lying on the floor after he gets injured, while the Israeli soldier receives treatment by emergency medical staff.

In the video, moments later, an Israeli soldier shoots the Palestinian man in the head while the rest of the people show no reaction. A car drives around the man, to avoid running over the man's body. Despite an ambulance being at the scene, no medical staff intervenes to help the man shot by the Israeli soldier.

Passover is a major Israeli holiday that commemorates the Jewish exodus from Egypt in Biblical times.

Azria, who also holds French citizenship, was charged on Monday with manslaughter and unbecoming conduct over the March 24 killing that took place in the southern West Bank city Hebron.