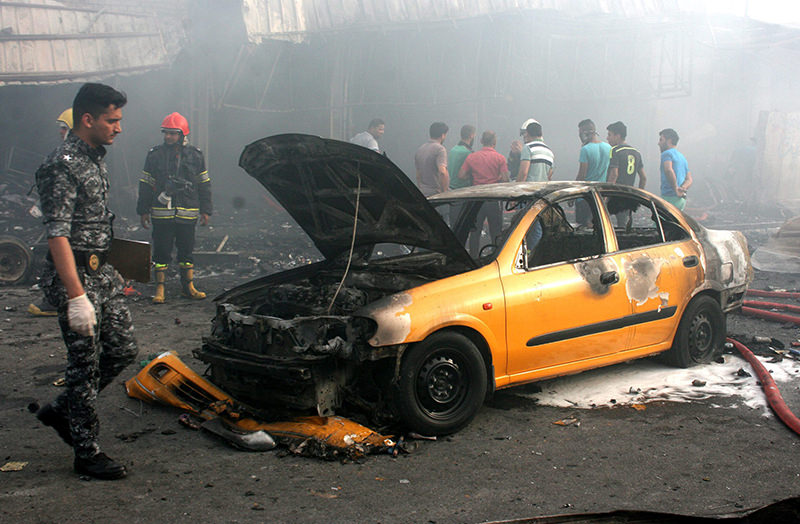 A car bomb exploded in a predominantly Shi'ite Muslim district of eastern Baghdad on Monday, killing at least 11 people and wounding 39 others, security and medical sources said, the third such blast in four days in the capital.

Daesh said it was responsible for the explosion which went off near a cinema in Baghdad al-Jadida. Amaq news agency, which supports the group, said the bomber wore a suicide vest and targeted Iraqi security forces.

The blast set fire to at least five other vehicles on a busy commercial street during evening rush hour, the sources said. Unverified photos published online showed a plume of dark smoke rising above the site of the explosion.

Security has gradually improved in Baghdad, which was the target of daily bombings a decade ago, though attacks against the security forces and Shi'ite civilians are still frequent.

The rise of Daesh, which is fighting government forces over control of swathes of northern and western Iraq, has exacerbated a sectarian conflict, mostly between Shi'ites and Sunnis, that emerged after the 2003 U.S.-led invasion.