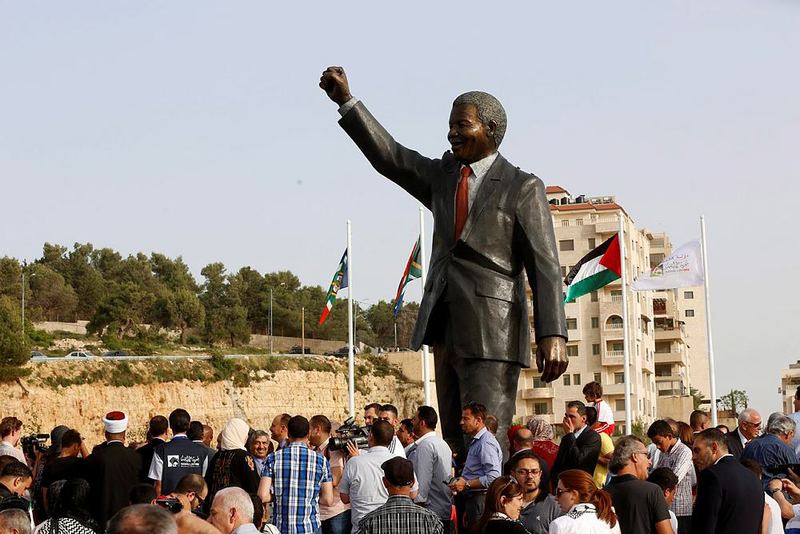 Palestinians and South Africans stand during the revealing of a giant statue of Nelson Mandela in the West Bank city of Ramallah, 26 April 2016. (EPA Photo)
by Anadolu Agency Apr 26, 2016 12:00 am

The unveiling ceremony was attended by Palestinian government ministers, diplomats, the leaders of various Palestinian factions and hundreds of Palestinian citizens.

The six-meter bronze statue of Mandela arrived from Johannesburg to Ramallah on Thursday.

The statue, which was made with the consent of the Nelson Mandela Foundation and funded by the municipality of Johannesburg, was given as a gift from South Africa to the people of Palestine.

Ramallah Mayor Musa Hadeed told Anadolu Agency that the statue was "a message of freedom and equality to the entire world".

"Nelson Mandela is seen as a universal symbol of peace who still inspires people across the globe," he said.

"This statue holds special importance for the Palestinian people who have continued Mandela's struggle against racism," he added.