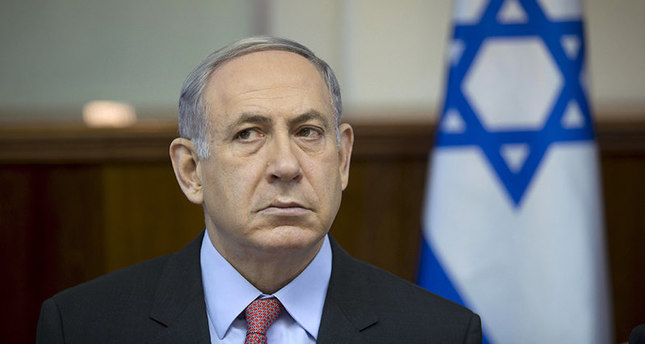 by Apr 26, 2016 12:00 am
The United Nations Security Council on Tuesday unanimously voiced alarm over Israeli statements about the Golan Heights on Syria's border with Israel, a declaration that elicited a sharp response from Israel.

Earlier this month Prime Minister Benjamin Netanyahu said Israel would never relinquish the Golan Heights, in a signal to Russia and the United States that the strategic plateau should be excluded from any deal on Syria's future.

"Council members expressed their deep concern over recent Israeli statements about the Golan, and stressed that the status of the Golan remains unchanged," China's U.N. Ambassador Liu Jieyi, president of the 15-nation Security Council this month, told reporters after a closed-door meeting.

He added that council resolution 497 of 1981 made clear that Israel's decision at the time to impose its laws, jurisdiction and administration in the Golan was "null and void and without international legal effect."

Council statements are adopted by consensus, which means all its members, including Israel's ally the United States, backed it.

"Holding a meeting on this topic completely ignores the reality in the Middle East," he said. "While thousands of people are being massacred in Syria, and millions of citizens have become refugees, the Security Council has chosen to focus on Israel, the only true democracy in the Middle East."

"It's unfortunate that interested parties are attempting to use the council for unfair criticism of Israel," he added.

Netanyahu's April 17 declaration came on the occasion of the first Israeli cabinet session on the Golan since the area was captured from Syria in a 1967 war and annexed in 1981.

Israel's annexation of the Golan has not won international recognition.

Past U.S.-backed Israeli-Syrian peace efforts were predicated on a return of the Golan, where some 23,000 Israelis now live alongside roughly the same number of Druse Arabs loyal to Damascus.

Liu said the council supported a negotiated arrangement to settle the issue of the Golan.

There is a U.N. peacekeeping force deployed in the Golan called UNDOF. Established in 1974, UNDOF monitors a ceasefire line that has separated Israelis from Syrians in the Golan Heights since a 1973 war.

The force has had to pull back from a number of positions on the Golan due to fighting between militants and Syrian government forces in the five-year-old Syrian civil war. Its peacekeepers have been fired upon and captured by militants on several occasions.