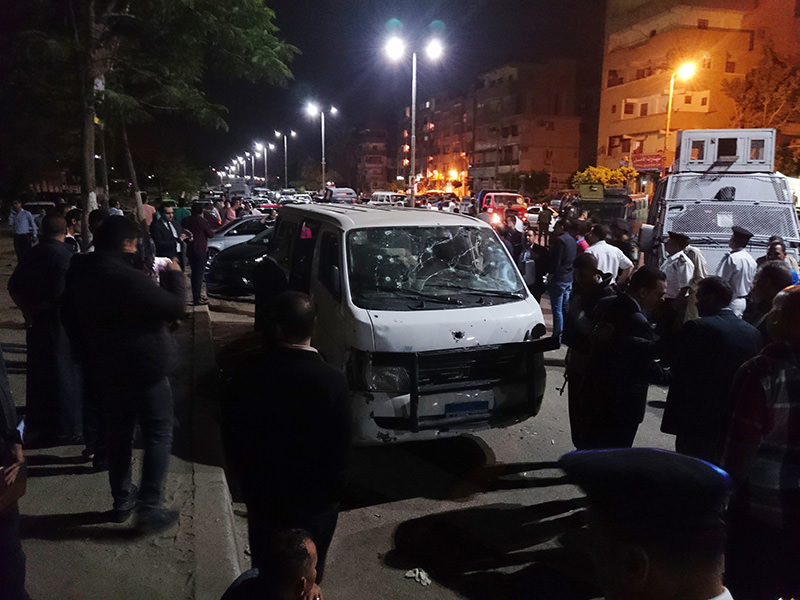 Gunmen opened fire on a minivan filled with plain clothed police officers in a Cairo suburb early Sunday, killing eight of them, including an officer, Egypt's state news agency reported.

The Daesh terrorist group's Egyptian branch claimed the attack later in the day in a statement circulated on social media.

The attack was the deadliest in the heavily policed capital since November, when gunmen attacked a security checkpoint, killing four policemen.

MENA said the police were inspecting security in the south Cairo suburb of Helwan early Sunday when four gunmen in a pickup opened fire on them.

Interior Minister Magdy Abdel-Ghaffar ordered an investigation into the attack, calling the eight "heroes of the police martyrs who sacrificed their lives to preserve the security of the homeland and the people."

There was no immediate claim of responsibility for Sunday's attack, which carried the hallmarks of extremist militants.

Militants have been targeting security forces in the Sinai Peninsula for years, but their attacks have grown more deadly and frequent since the 2013 military overthrow of President Mohammed Morsi of the Muslim Brotherhood. Sinai is the base of a local affiliate of the Daesh terrorist group, which is now spearheading the insurgency.