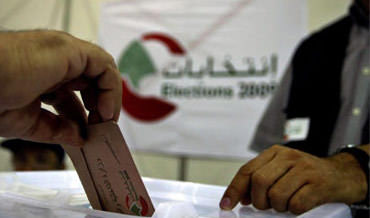 Lebanon is holding municipal elections in Beirut and the Bekaa Valley amid tight security.

Sunday's vote is the first to be held since 2010. The government has postponed parliamentary elections, citing security concerns linked to the conflict in neighboring Syria.

Beirut residents are voting for the first time since an eight-month trash crisis ignited anti-government protests.

The interior minister says turnout by midday was 9.3 percent in Beirut. The highest turnout was in Hermel, near the Syrian border, where 19 percent voted.

Sunday's voting is the opening phase in elections to choose municipal councils and neighborhood mayors. Some 1.8 million people are registered for the first phase. Three more rounds are expected through May.

Polls close Sunday at 7 p.m. (1600 GMT) and results are expected as early as Monday.