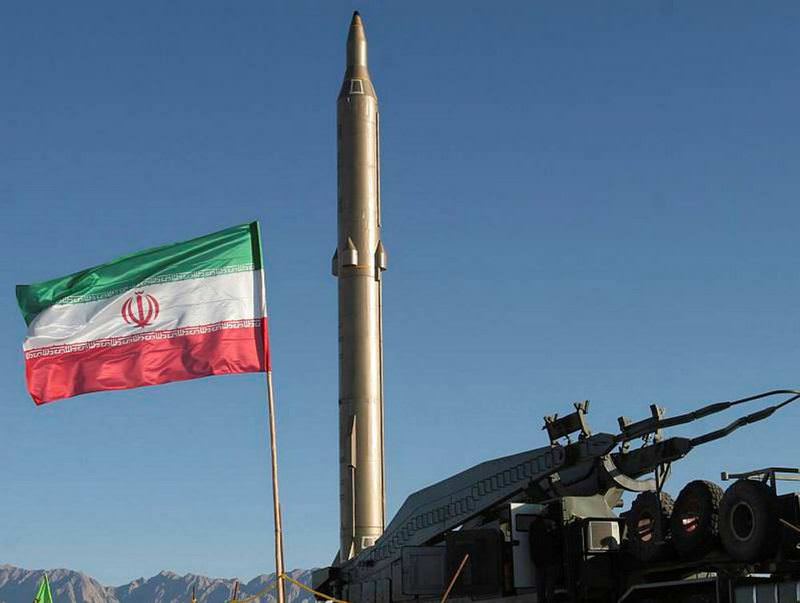 Iranian officials said the missile test was successful.
by Daily Sabah with Wires May 10, 2016 12:00 am

Iran has tested another long-range ballistic missile with the ability to target Israel directly. Despite the nuclear deal and international pressure, Tehran claims the missiles are necessary for national security

Iran test-fired another ballistic missile, the latest in a spate of tests following the implementation of the nuclear deal with world powers earlier this year, according to a report Monday by the country's semi-official Tasnim news agency. The test-firing of the missile was carried out two weeks ago, the agency quoted Gen. Ali Abdollahi, deputy chief of the armed forces' headquarters, as saying. Tasnim is close to the country's powerful Revolutionary Guard, which is in charge of Iranian ballistic missiles program.

The agency said the missile has a range of 2,000 kilometers enough to reach much of the Middle East. Iranian military commanders have described them as a strategic asset and a strong deterrent, capable of hitting U.S. bases or Israel in the event of a strike on Iran. Iran insists the ballistic tests do not violate the nuclear deal and is likely seeking to demonstrate it is making progress with its ballistic program, despite scaling back on the nuclear program following the deal that led to the lifting of international sanction on Tehran. Abdollahi said the latest missile tested is very accurate, within 8 meters. "Eight meters means nothing, it means it's without any error," he said. He did not elaborate. Iran's top leader Ayatollah Ali Khamenei said in March that missile development was key to the Islamic Republic's future, in order to maintain its defensive power and resist threats from its enemies. President Hassan Rouhani and senior Iranian military officials have also said in recent months that ballistic missiles must be enhanced in order to boost Iran's deterrent power.

Last month, Gen. Amir Ali Hajizadeh, chief of the Guard's airspace division, said a new, upgraded version of the Sajjil, a solid fuel high-speed missile with a range of 1,200 miles that was first tested in 2008, would soon be ready. But it was not immediately clear if the missile Abdollahi referred to was the new Sajjil. In March, Iran test-fired two ballistic missiles, one emblazoned with the phrase "Israel must be wiped out" in Hebrew, that set off an international outcry.

Tensions escalated between Washington and Tehran before the latest missile test, as the U.S. accused Iran of launching a "highly provocative" rocket test last week near U.S. warships and commercial traffic passing through the Strait of Hormuz. U.S. policy on Iran and the nuclear deal that resulted in the lifting of sanctions have been severely criticized by dissidents as Iran has gotten involved in the wars in Iraq, Syria and Yemen. Iran is known for its direct support for Shiite Houthi rebels in Yemen who have expelled the internationally recognized and elected president and for the Syrian regime and Shiite militant group Hezbollah in Syria who fight against U.S.-backed rebels.
RELATED TOPICS