Daesh expelled from Iraqi Turkmen village of Bashir, but village left in ruins 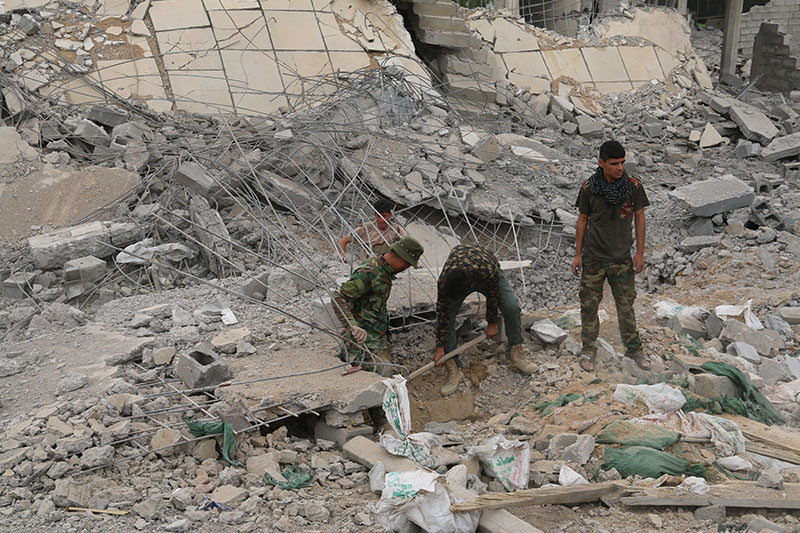 Nothing but ruins remains in the predominantly-Turkmen village of Bashir south of Kirkuk, where Kurdish peshmerga forces and Shia Hashd al-Shaabi militia defeated Daesh terrorists after fierce clashes last month.

Some 250 homes in the village were destroyed during the clashes, leaving local residents desperately waiting for help from the central government in Baghdad.

Isam Nuri, spokesman of the Hashd al-Shaabi militia's Turkmen forces in Bashir, told Turkish state-run Anadolu Agency (AA) that some 90 percent of the village had been destroyed in the fighting, while the remaining 10 percent remained riddled with Daesh booby-traps.

"Daesh planted mines and improvised explosive devices in many of the homes," he said.

Nuri lamented the fact that the village still remained threatened by the Daesh presence in the nearby Hawija district.

"Military support is still needed to secure the area and rebuild damaged homes," he said.

The Turkmen-majority village was captured by Daesh in 2014, forcing most of its residents to flee to the city of Kirkuk some 25 kilometers away.