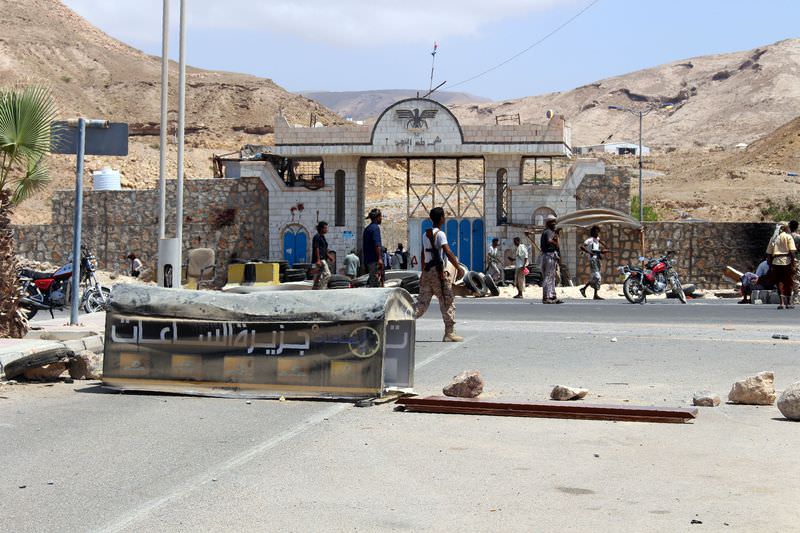 DAESH launched attacks in the Iraqi cities of Baghdad and Fallujah as well as in Yemen, killing hundreds of people, including civilians. However, the U.S. said the group has declared a state of emergency in Raqqa due to upcoming coalition attacks

DAESH has launched attacks in several parts of Iraq as well as Yemen and killed hundreds of people most of whom were civilians. Bomb attacks claimed by DAESH against a state-run cooking gas factory in Baghdad's northern outskirts on Sunday killed at least 12 people, including policemen, and wounded 21 others, police sources said.

A suicide car bomb went off at the entrance of the facility in Taji at around 0600 local time (0300 GMT), allowing another vehicle carrying at least six attackers with explosive vests to enter the facility where they clashed with security forces, the sources said. A spokesman for Baghdad Operations Command said three of the facility's gas storages were set alight amid the violence before security forces were able to bring the situation under control. A factory employee who lives nearby said after hearing a powerful blast he saw flames and black smoke coming from inside the factory. Dozens of police and army vehicles rushed to the facility where shooting lasted for about an hour, he said.

Amaq news agency, which supports DAESH, said the group's fighters were behind the attack. The militants, who control swathes of the country's north and west, have carried out bombings this week that have killed around 100 people. DAESH also has claimed responsibility for killing 70 Iraqi soldiers and a policeman in Ameriyat Fallujah, just west of the capital Baghdad. "The fighters stormed a compound in the city on Saturday with armored vehicles. About 22 suicide bombers wearing explosive vests carried out the attacks. The attack began around 4am (01:00 GMT) when at least nine DAESH fighters, including four suicide attackers, infiltrated the town, police sources said. The fighters took up positions in a disused residential complex and exchanged fire with army, police and Sunni tribal fighters charged with holding areas retaken from DAESH," Al-Jazeera reported yesterday.

A suicide bomber killed at least 25 new recruits inside a police compound in the southern Yemeni city of Mukalla on Sunday in an attack claimed by DAESH, medical and security sources said. The victims were queuing up to register when the bomb, which wounded 25 others, went off, the sources said. It was the second deadly blast in four days to hit the city, a hub for al-Qaida before the militant group was pushed out last month in an offensive by Yemeni troops backed by a Saudi-led coalition. In a message on its online news agency Amaq, DAESH said Sunday's attacker was a "martyrdom-seeker" who had detonated his explosive belt. It said around 40 died in the attack. The city's security director, Mubarak al-Awthaban, who was at a nearby office when the suicide bomber struck the Fowa camp in the southern part of Mukalla, survived, security sources said. Before being forced out, al Qaeda militants took advantage of more than a year of war between the Iran-allied Houthis and supporters of the Saudi-backed President Abd-Rabbu Mansour Hadi to carve out a mini-state stretching across much of the southern coast, including Mukalla. Their militant rivals in Yemen's branch of DAESH have carried out a series of suicide attacks on all parties to Yemen's tangled conflict.

Despite the attacks, DAESH has begun preparations for a potential offensive on its self-declared capital in Syria, the U.S.-led coalition said Friday. "We have seen this declaration of emergency in Raqqa," coalition spokesman Col. Steve Warren told reporters via Skype from Baghdad. "We know this enemy feels threatened, as they should." Warren pointed to approaching forces from the Syrian Arab Coalition and the Syrian Democratic Forces as they make inroads to the east and west of Raqqa, Daesh's de facto Syrian capital. "Both of these areas are becoming increasingly secure," Warren said, referring to the Tishrin Dam west of Raqqa and Shaddadi to the city's east. "And the Syrian Democratic Forces are increasingly able to generate their own combat power in those areas."