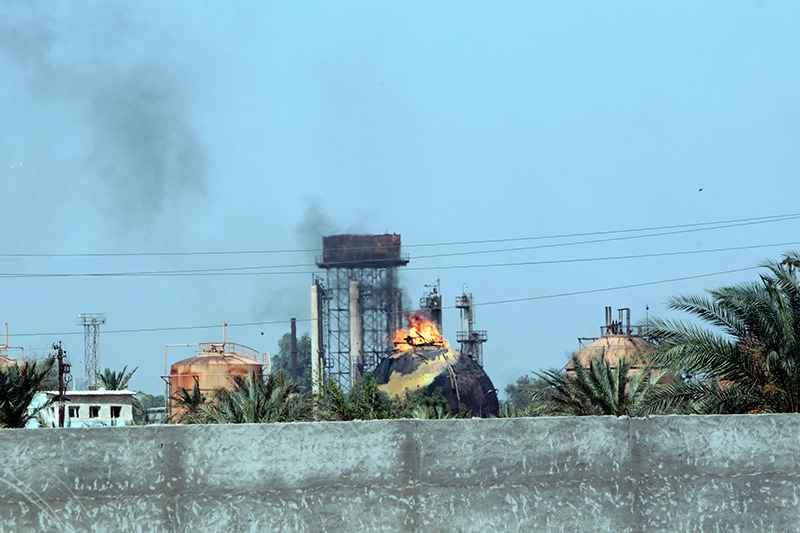 by Compiled from Wire Services May 15, 2016 12:00 am
Bomb attacks against a state-run cooking gas factory in Baghdad's northern outskirts on Sunday killed at least 11 people, including policemen, and wounded 21 others, police sources said.

A suicide car bomb went off at the entrance of the facility in Taji at around 0600 local time (0300 GMT), allowing at least six attackers wearing explosive vests to enter the facility where they clashed with security forces, the sources said.

Eight suicide bombers broke into the gas plant and blew up a car bomb at one of its entrances, interior ministry spokesman Saad Maan said in a statement.

Some of the attackers detonated suicide belts while others were killed by bullets, according to Maan, who said explosions set fire to three gas tanks.

Footage showed huge plumes of black smoke billowing into the sky but the Joint Operations Command said the fire had been brought under control.

Daesh has reportedly claimed responsibility for the attack, CNN has said.
Last Update: May 15, 2016 11:44 am
RELATED TOPICS