Top US commander meets with SDF dominated by YPG militants 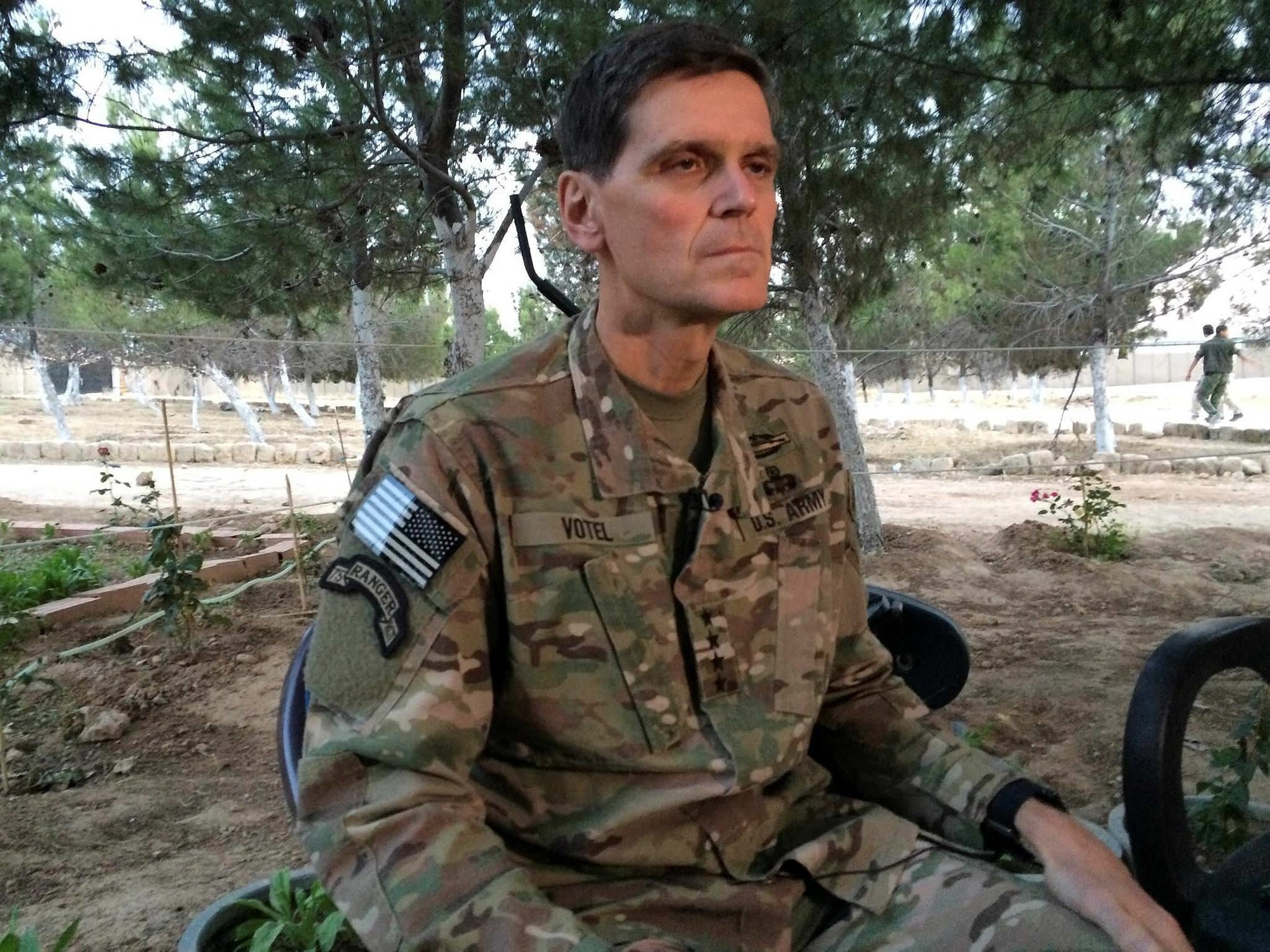 The top U.S. commander for the Middle East secretly visited Syria and met with senior officials of the Syrian Democratic Forces (SDF), which is dominated by members of the PKK's Syrian affiliate, the Democratic Union Party's (PYD) terrorist organization and its armed wing People's Protection Units (YPG).

Army Gen. Joseph Votel, head of the U.S. Central Command, flew into northern Syria on Saturday and spent nearly 11 hours in the country.

A CENTCOM spokesman said in a written statement: "He did meet with U.S. military advisers working with Syrian Arab fighters and with leaders of the Syrian Democratic Forces."

Votel is the highest-ranking U.S. military officer known to have entered Syria since the U.S. began its campaign to counter DAESH in 2014.

Elsewhere, the U.S. special presidential envoy for the Global Coalition to Counter DAESH, Brett McGurk, tweeted that Votel was "preparing push to Raqqa."

On Wednesday, a report on Kurdistan24 claimed that on Tuesday McGurk visited an area in northern Syria controlled by the PYD, citing a PYD official. However, during his daily briefing, State Department spokesman John Kirby, when asked whether such a visit had taken place, denied the claims and said the relevant reports are completely wrong.

McGurk previously visited Kobani in January, and photos of his visit surfaced on social media. He was seen meeting with former PKK fighters in Syria. Polat Can, the spokesman and one of the founders of the YPG, shared a photo on his Twitter account showing him presenting a plaque to McGurk.

Ankara has frequently voiced its concern over YPG activity along the Turkish border and has been rigid in its stance to not allow the PYD militant group to found any de facto Kurdish state in northern Syria. It reiterates that the PYD enjoys close connections with the PKK, including militant and ammunition transfer through tunnels.

With the PKK conducting an armed campaign in Turkey's southeast and its affiliation with the PYD and YPG, Ankara reiterates that its national security is under threat and U.S. arms aid to the PYD should be terminated. Rather than deliver arms only, the YPG-dominated SDF was also apparently trained by Western Special Forces teams, including those from the U.S., rankling Ankara due to security forces' clashes with the PKK.