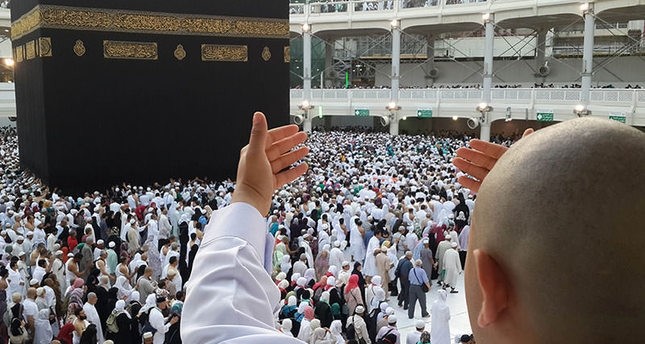 Saudi Arabia's embassy in Ankara denied Monday recent claims that Saudi authorities were preventing Iranian nationals from taking part in this year's annual Hajj pilgrimage to the cities of Mecca and Medina.

"Saudi Arabia does not consider these issues -- such as the easing of procedures for those wanting to make the pilgrimage and worship in the Holy Land and providing for their comfort and security -- as political," the embassy declared in the statement.

The embassy further added that Saudi Arabia "regards these as religious obligations emanating from the Muslim faith, because the sacred places -- including Mecca and Medina -- fall within its borders".

The embassy went on to note that Saudi government officials recently met with a delegation from the Iranian Authority for Hajj Affairs, but that the latter had refused to sign a memorandum of understanding on procedures for this year's pilgrimage.

Saudi Arabia also assured that the country bores "no enmity" toward any particular country and would carry out its responsibility to provide for pilgrims' security and comfort.

The embassy went further stressed it would not allow anyone to harm Saudi Arabia's security and stability.

This year's Hajj pilgrimage will take place in September.

Saudi Arabia cut its diplomatic ties with Iran in January after its diplomatic missions in Tehran and Mashhad were attacked by Iranian protesters following the execution of a prominent Shia cleric, Nimr Baqir al-Nimr on terrorism charges by the Saudi authorities.