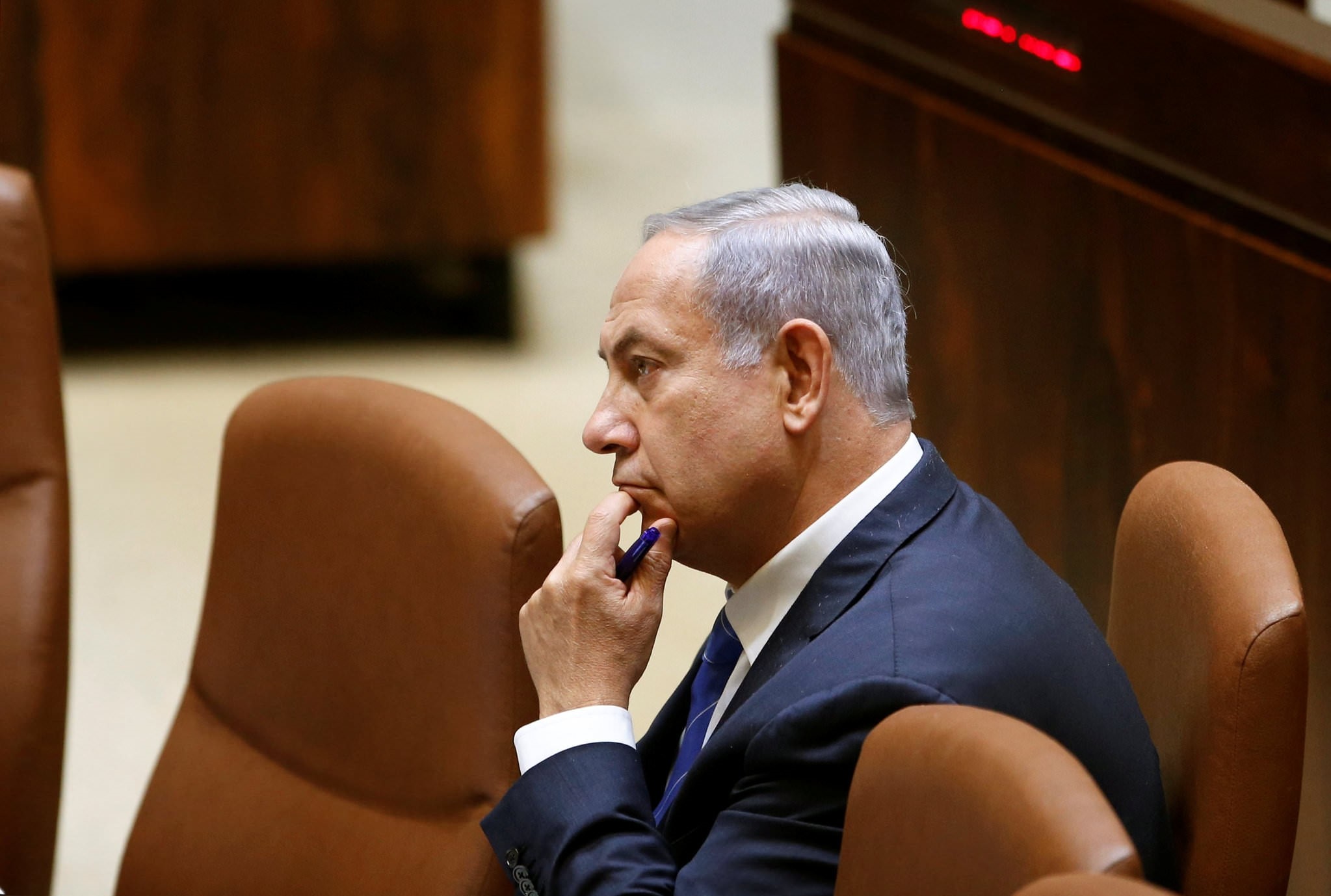 Israeli Prime Minister Benjamin Netanyahu attends a session at the Knesset, the Israeli parliament in Jerusalem, May 23, 2016. (Reuters Photo)
by Associated Press May 24, 2016 12:00 am

The state comptroller's report found that some of Netanyahu's foreign trips when he was finance minister between 2003 and 2005 were funded by private donors, creating the impression of bribery and conflict of interests.

The report said Netanyahu did not properly report these contributions and that El Al flight expenses were "double-billed" to both the state and private bodies. It also accused the Netanyahu family of "lack of clarity" over its accounting and using bonus points accrued by the state for private use.

A lawyer for Netanyahu said the prime minister acted properly and there was nothing criminal in his actions.

Israel's attorney general Avichai Mandelblit said the findings should be looked into immediately.

The report is unlikely to threaten Netanyahu's hold on power, but it gives him a new headache at a time of domestic turmoil. Defense Minister Moshe Yaalon stepped down this week as Netanyahu attempted to expand his narrow and fractured coalition government, reportedly by offering the defense post to a hard-line rival.

It's not the first time Netanyahu has faced scrutiny for his financial conduct. The same watchdog last year detailed alleged excessive spending at Netanyahu residences, citing large sums of public money spent on food, furniture, cleaning and gardening at Netanyahu's official residence in Jerusalem and his private home in the exclusive coastal city of Caesarea. Israel's attorney general later ordered a criminal investigation into the findings.

The prime minister has long been saddled with an image as a cigar-smoking, cognac-drinking socialite, while his wife Sara has been accused of abusive behavior toward staff. Opponents have tried to portray both as enjoying a lavish lifestyle that leaves them out of touch with the struggles of average Israelis.

Over the years, reports have also been released about the high cost of the Netanyahus' catering, housekeeping, furniture, clothing and makeup. In one case, the premier was chided for spending $127,000 in public funds for a special sleeping cabin on a flight to London. Even their costly purchases of scented candles and pistachio-flavored ice cream have been derided.

Tuesday's report on the travel expenses was sparked by a TV news expose. The Netanyahus have accused the Israeli media of a longstanding witch hunt against them.