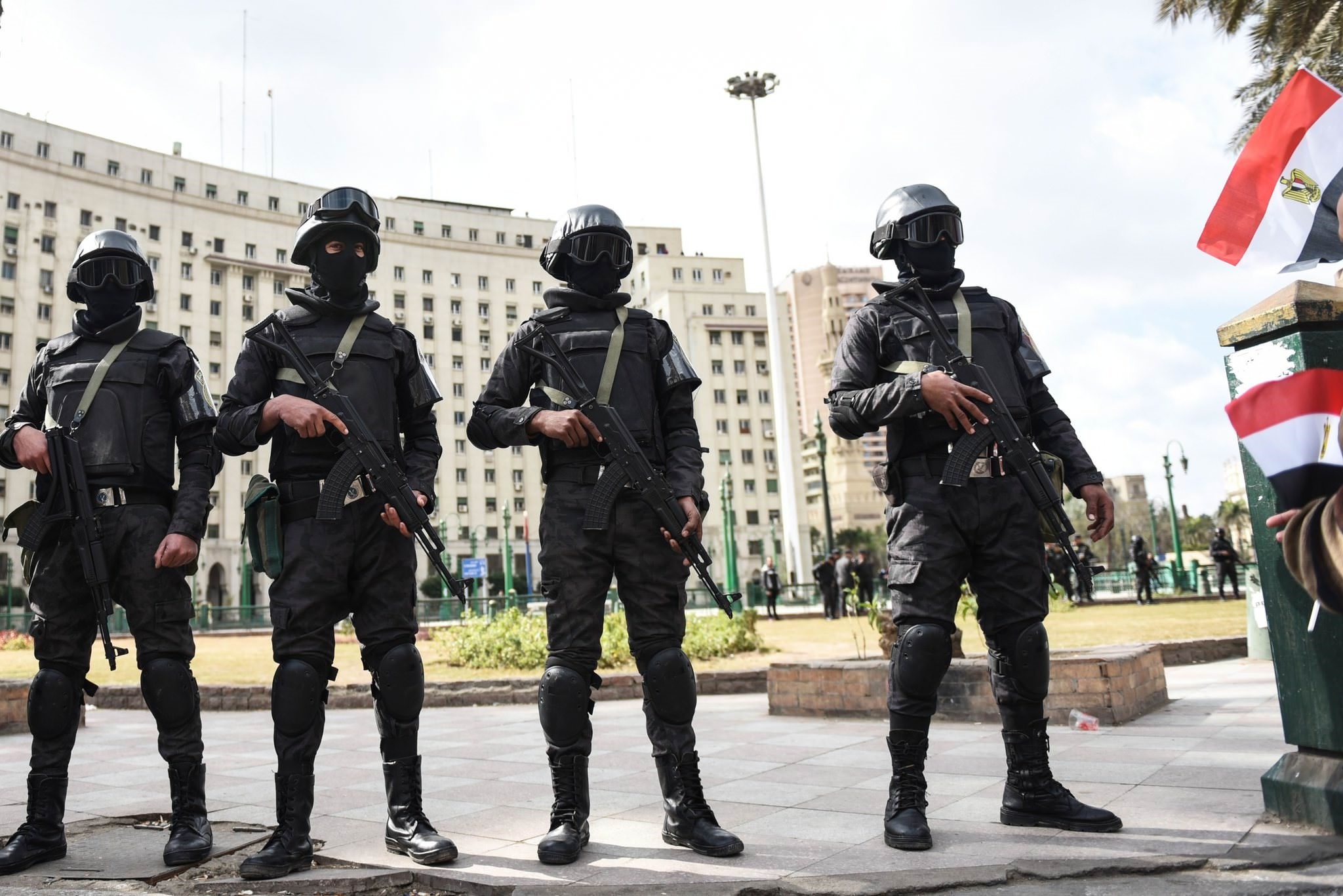 Members of the Egyptian police special forces stand guard on Cairo's landmark Tahrir Square on January 25, 2016, as the country marks the fifth anniversary of the 2011 uprising. (AFP Photo)
by Anadolu Agency May 25, 2016 12:00 am

"Egyptian courts have sentenced more than 150 people to prison terms since the beginning of May 2016 for participating in peaceful protests or spreading false information," the statement read.

According to the statement, Egyptian courts have sentenced 152 people to 2-5 years mostly on the basis of laws that prohibit non-authorized protests.

Meanwhile, Egyptian Public Prosecutor Nabil Sadek has refered 503 people to the military judiciary over three incidents connected to "violent acts" in Minya province that had allegedly taken place following the Rabaa massacre, according to the defendants' lawyer.

The lawyer, who spoke to Anadolu Agency on condition of anonymity due to fear of reprisal, said the referral decision was issued around 10 days ago, but he was informed about it late on Tuesday.

The lawyer said the defendants are accused of belonging to an "outlawed group" -- in reference to the Muslim Brotherhood -- and participating in storming and burning public property.

In the years since the military coup against former President Mohamed Morsi, Egyptian authorities have launched a relentless crackdown on dissent that has largely targeted Morsi's supporters and members of his Muslim Brotherhood group.

The crackdown, which remains ongoing, has seen hundreds killed and tens of thousands thrown behind bars.