Turkey, US concerned over Lieberman's appointment 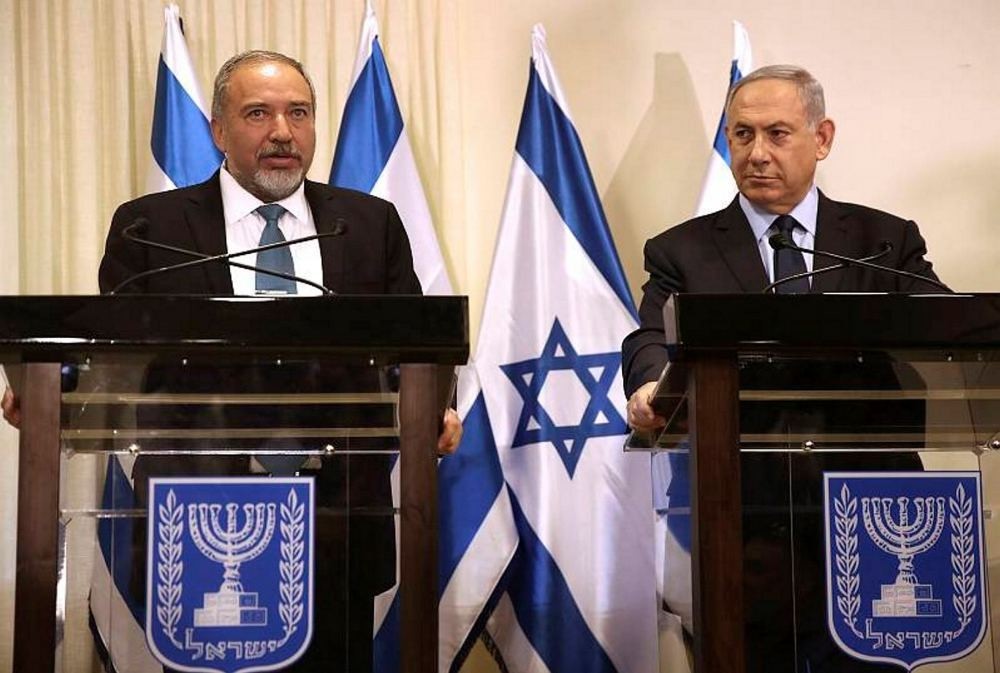 The addition of nationalist Lieberman to the Israeli cabinet worried both Turkey and the U.S. with Ankara concerned whether the nationalist minister will undermine talks while Washington thinks his policies will distance Israel from a two-state solution

The United States said Wednesday that the make-up of Israel's new right-wing coalition raises "legitimate questions" about the government's commitment to a two-state solution in its conflict with the Palestinians. In a rare comment on the internal politics of a U.S. ally, State Department spokesman Mark Toner said Washington had "seen reports from Israel describing it as the most right-wing coalition in Israel's history." "And we also know that many of its ministers have said they oppose a two-state solution. This raises legitimate questions about the direction it may be headed in and what kind of policies it may adopt." The spokesman also restated the United States' support for a negotiated end to the conflict between Israel and the Palestinians based on two states living side by side within agreed borders.

A May 20 dated Daily Sabah report said that Lieberman's appointment may undermine the ongoing restoration process of diplomatic relations between Israel and Turkey. "Lieberman is known for his harsh criticism of the Turkish-Israeli normalization process. Last year, Lieberman slammed Netanyahu, who phoned Recep Tayyip Erdoğan in March 2013 to apologize for the flotilla deaths, and stated, "It was a great mistake to apologize to Turkey." Lieberman added that as long as Turkey is ruled by the current leadership headed by President Erdoğan, there is no chance of mending ties with Israel. 'Erdoğan's Turkey is a country that wishes only to attack and to goad Israel,' he said, and Israel must act accordingly 'and safeguard Israeli interests,'" the report said. "In addition to his negative remarks, the far right extremist politician is also known for racist comments against Palestinians and other Arabs. Last year, Lieberman called for "disloyal" Arabic citizens of Israel to be beheaded. "Those who are with us deserve everything. Those against us, it cannot be helped, we must lift up an axe and behead them; otherwise, we will not survive here," Lieberman said in 2015 during his election campaign speech. The possible appointment of Lieberman also raised concerns of the Palestinian Authority. On Thursday, the Palestinian foreign minister slammed Netanyahu's decision to bring Lieberman's party into the government, saying this was further proof that there is no true partner for peace in Israel. ''The decision to appoint Lieberman as defense minister has led the Palestinian people to the conclusion they have no other choice but to continue their international campaign for recognition,'' a statement from the Palestinian Foreign Ministry said," the report added.

The addition of Avigdor Lieberman to the Cabinet comes at a sensitive time. After a two-year breakdown in talks, France is preparing to host a conference next month aimed at restarting negotiations. At the same time, the U.S.-led quartet of international peace mediators is set to release a report expected to be critical of Israel. While both Netanyahu and Lieberman pledged to pursue peace with Israel's Arab neighbors, their tough positions on key issues, strained relationship with much of the international community and the makeup of the rest of the Cabinet would seem to make significant progress a long shot. One of Israel's most divisive leaders, Lieberman, 57, is known for a sharp tongue that has offended allies and opponents at home and abroad.

He entered politics in the 1990s as an aide to Netanyahu before breaking away and founding Yisrael Beitenu, an ultranationalist party that relies on immigrants from the former Soviet Union as its base of support. Lieberman himself was born in the former Soviet republic of Moldova and speaks Hebrew with a strong Russian accent. Over the years, he has been both a key ally and strong rival of Netanyahu's, holding a series of high-level Cabinet posts, including serving twice as Netanyahu's foreign minister. With the addition of Yisrael Beitenu's five seats, Netanyahu now holds a comfortable 66 to 54 majority in parliament, bringing some much needed stability to what had been a shaky coalition. But Netanyahu's Cabinet is now dominated by religious and nationalist hard-liners who oppose Palestinian independence, a key goal of the international community and the U.S.-led peace process. An outspoken skeptic of peace efforts with the Palestinians, Lieberman delivered a speech at the United Nations in 2010 that cast doubt on the goal of establishing an independent Palestinian state alongside Israel. Instead, he talked of a decades-long intermediate period and proposed shifting regional borders to rid Israel of its Arab citizens and incorporate West Bank settlements into Israel. Netanyahu distanced himself from the speech, saying it did not reflect Israeli policy. When the Palestinians sought upgraded membership at the U.N. in 2012, Lieberman called for toppling President Mahmoud Abbas.

Lieberman is feared to launch a new series of attacks in Gaza. The Israeli air force carried out strikes on Hamas sites in Gaza early Thursday in response to a rocket. The rocket, which hit an open area in southern Israel, caused no damage or casualties. In response, the Israeli air force "targeted two Hamas sites in the southern Gaza Strip," the military said in a statement. A statement from Ajnad Beit al-Maqdis, a small Salafist group, claimed the rocket attack, which came hours after Netanyahu sealed a deal to bring Lieberman into his coalition as defense minister. "We announce our responsibility for targeting the Nahal Oz military base with a missile," it said.
RELATED TOPICS