Israel revokes permits for 83,000 Palestinians to visit Israel after shooting attack that killed 4 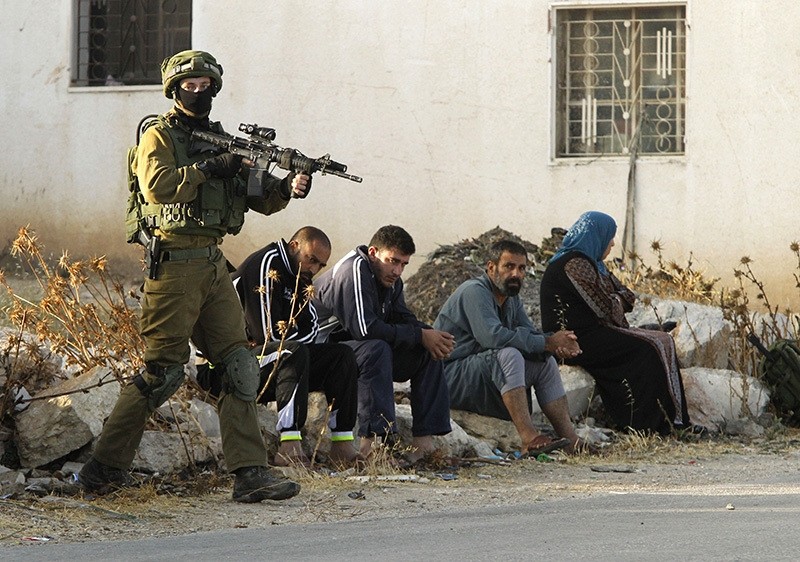 There was no immediate claim of responsibility for the assault by the two gunmen on Wednesday in a trendy shopping and dining market near Israel's Defence Ministry, but Hamas and other Palestinian militant groups were quick to praise it.

The assailants came from near Hebron, in the Israeli-occupied West Bank. They dressed in suits and ties and posed as customers at a restaurant before pulling out automatic weapons and opening fire, sending diners fleeing in panic.

The dead included two women and two men, while six people were wounded. The attack followed a lull in recent weeks after what had been near-daily stabbings and shootings on Israeli streets. It was the deadliest incident in eight months.

The attackers, cousins in their 20s who security experts said appeared to have entered Israel without permits, were quickly apprehended. One of them was shot and wounded.

"It is clear that they spent time planning and training and choosing their target," Barak Ben-Zur, former head of research at Israel's Shin Bet domestic security agency, told reporters.

"They got some support, although we don't know for sure who their supporters are," he said, adding that they appeared to have used improvised automatic weapons smuggled into Israel.

The attack, as families were enjoying a balmy evening out at the open-air Sarona complex, took place just a couple of hundred yards from the fortified Defence Ministry in the heart of Tel Aviv, which has seen far less violence than Jerusalem.

After security consultations overseen by Prime Minister Benjamin Netanyahu, the military said it was rescinding some 83,000 permits issued to Palestinians from the West Bank to visit relatives in Israel during the ongoing Muslim holy month of Ramadan.

It also announced that two battalions would be deployed in the West Bank by the end of the day to reinforce troops stationed in the area, where the military maintains a network of checkpoints and often carries out raids to arrest suspected militants. Israeli battalions are comprised of around 300 troops.

Such measures, including restrictions on access to Jerusalem's Al-Aqsa Mosque compound, the holy site in the heart of the Old City that Jews refer to as the Temple Mount, have in the past lead to increased tension with the Palestinians.

After the attack, fireworks were set off in parts of the West Bank and in some refugee camps people sang, chanted and waved flags in celebration, locals said.

Hamas spokesman Hussam Badran called it "the first prophecy of Ramadan" and said the location of the attack, across the road from Israel's fortified Defence Ministry, "indicated the failure of all measures by the occupation" to end the uprising.

During the recent wave of violence, Israel's government has repeatedly criticised Palestinian factions for inciting attacks or not doing enough to quell them.

The Popular Front for the Liberation of Palestine, the largest group in the Palestine Liberation Organization after Fatah, the Western-backed party of President Mahmoud Abbas, described the killings as "a natural response to field executions conducted by the Zionist occupation."

The group called it a challenge to Avigdor Lieberman, Israel's new defence minister, who must decide how to respond to the violence, possibly with tighter security across the West Bank. Lieberman said he would act, but didn't say how.

The United Nations special coordinator for the Middle East, Nickolay Mladenov, condemned the shootings and expressed alarm at the failure of Palestinian groups to speak out against the violence. The European Union did the same.

Netanyahu visited the scene minutes after returning from a two-day visit to Moscow. He described the attacks as "cold-blooded murder" and vowed retaliation.

"We will locate anyone who cooperated with this attack and we will act firmly and intelligently to fight terrorism," Netanyahu said.

A first step was to shut down the area around Yatta and suspend work permits held by 204 relatives of the attackers.

Since October last year, 32 Israelis and two visiting U.S. citizens have been killed by Palestinians. Israeli forces have shot dead at least 196 Palestinians, 134 of whom Israel has said were assailants. Others were killed in clashes and protests.