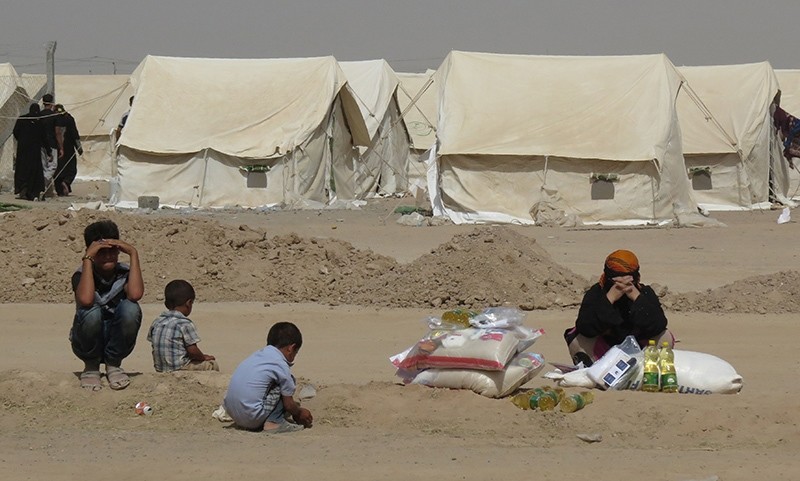 The UN Security Council has failed to pave the way for humanitarian aid to reach Iraq's Fallujah where a military operation to retake the city from Daesh continues, top Turkish Red Crescent official said Thursday.

In an interview with Anadolu Agency, the head of Turkish Red Crescent, Kerem Kınık, expressed concern over human rights violations and reported mass killings of civilians in Fallujah.

He termed such incidents "unacceptable."

Kınık said that public spaces such as schools and hospitals deserve protection under international law.

He also said that the Turkish Red Crescent had increased its humanitarian aid to the region, adding: "We try to push the international community to be aware of violations of law during war."

Hasan Aynacı from the Turkish nongovernmental organization, Humanitarian Relief Foundation, blamed the Iraqi government for the deaths of civilians during the offensive in Fallujah.

"According to an Iraqi human rights watchdog, humanitarian crises broke out following Fallujah operations led by Iraqi troops and Shia militia, leaving at least 100,000 people trapped in the war-battered city. People are suffering from lack of medicine and food supplies," he said.

"The UN and world are watching the humanitarian crises in silence. We continue to help people who are being exposed to barbarous attacks, suffering hunger and thirst and living in a dire situation during the holy month of Ramadan," Aynaci added.

"We have already supplied 2,000 people living at a camp with food," he said.

"Due to road closures at least 3,000 people are facing starvation or death. Humanitarian groups are trying to find ways to reach the destitute," Aynaci said.

The Iraqi operation to retake Fallujah was launched on May 23. Since then, civilians trapped inside have been deprived of their basic needs.

Located along the Euphrates River about 50 kilometers (31 miles) west of the Iraqi capital Baghdad, Fallujah -- which fell to Daesh in early 2014 -- is believed to be home to some 90,000 residents.