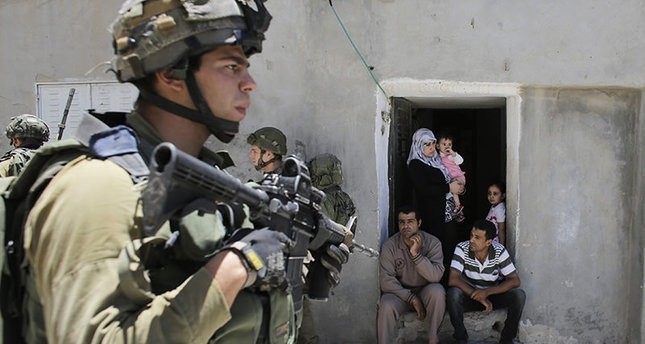 Israel on Thursday prohibited Palestinians from the occupied West Bank from visiting Jerusalem during Ramadan following a deadly shooting attack one day earlier in Tel Aviv in which four Israelis were killed.

According to the Coordinator of Government Activities in the Territories (COGAT), Israel's military authority in the West Bank, some 83,000 visiting permits for the Muslim holy month had been frozen.

The decision was made after two gunmen attacked a busy market in Tel Aviv on Wednesday night, killing four Israelis and injuring 16.

The two alleged assailants, Mohamed Ahmad Moussa Makhamreh and Khalid Mohamed Moussa Makhamreh, both hailed from the West Bank town of Yatta, which has been since cordoned off by the Israeli army.

Israel's security cabinet met in Tel Aviv on Thursday to decide on further responses to the attack, while the military said it was deploying two additional army battalions to the West Bank.

Israel traditionally eases travel restrictions on Palestinians in the West Bank during Ramadan, allowing tens of thousands of West Bank residents to visit relatives in Jerusalem and pray at the Al-Aqsa Mosque, Islam's third holiest site.

The Ramallah-based Palestinian Authority, meanwhile, released a statement in which it stressed its rejection of attacks on civilians.

Palestinian resistance group Hamas, however, which has governed the blockaded Gaza Strip since 2007, praised Wednesday's attack in Tel Aviv as a "natural response" to Israeli crimes against Palestinians.

Lebanon's Shia Hezbollah group likewise praised the attack, describing it as "heroic operation" by which "the Palestinian people have reconfirmed their commitment to resistance as a means of liberating territories occupied by Israel".

The attack, the Shia group asserted, "shows that all forms of injustice and aggression practiced by the Zionists and their clients in the region and world will not shake the determination of the Palestinian people or make them waive their inalienable right to their land".

The international community, for its part, condemned the attack, with UN Secretary-General Ban Ki-moon saying: "There is no justification for terrorism or for the glorification of those who commit such heinous acts."

State Department spokesman Mark Toner said Thursday that the U.S respects the Israeli government decision to protect its citizens but hoped the attack would not affect the daily lives of thousands of innocent Palestinian civilians.