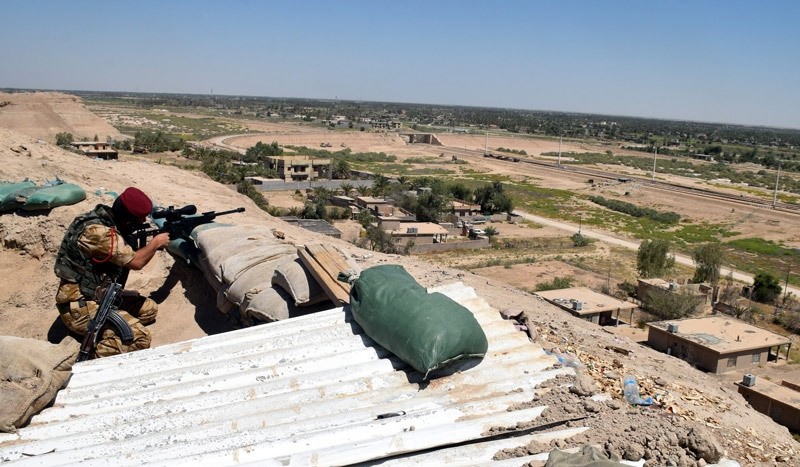 Iraqi forces are about to advance in the center of Fallujah after besieging the Daesh-held city from all sides, a top police commander has said.

Last month, the Iraqi army, backed by U.S.-led coalition warplanes, staged a military offensive to retake Fallujah, which was captured by Daesh in early 2014.

So far, the Iraqi forces have managed to recapture al-Shuhada neighborhood in southern Fallujah from Daesh.

The Iraqi government justifies its slow advance into Fallujah by saying it fears for the safety of thousands of civilians trapped inside the city.

Meanwhile, at least 13 Iraqi troops were killed and 15 others injured in two suicide bombings by Daesh militants in northern and southern Fallujah on Saturday.

"A cache of weapons was seized by Daesh group in southern Fallujah," an army officer told Anadolu Agency, requesting anonymity due to restrictions to speaking to the media.

"Daesh, however, was unable to retake the 'liberated' areas," he said.

In another development, an Iraqi soldier was killed and three others were injured in clashes with Daesh militants in western Fallujah on Saturday, an Iraqi military source said.

Iraq has suffered from a devastating security vacuum since mid-2014, when Daesh suddenly seized Mosul and overran large swathes of territory in the northern and western parts of the country.