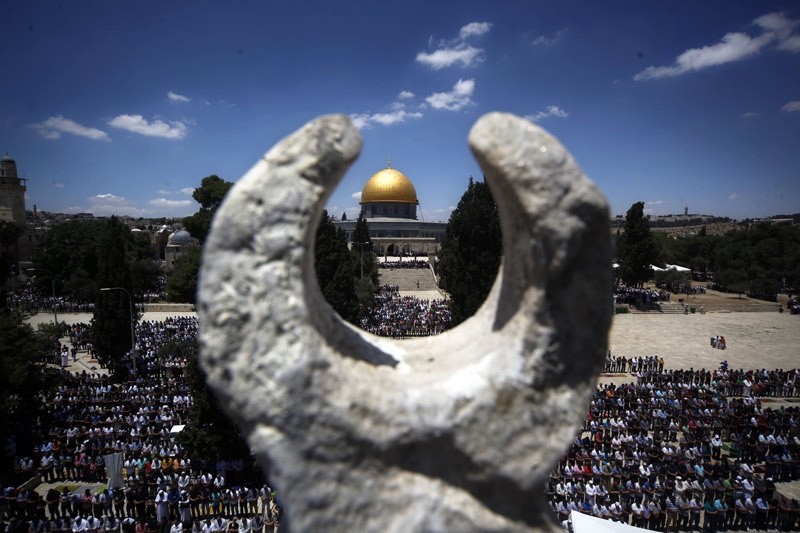 More than 130 extremist Jewish settlers on Sunday forced their way into East Jerusalem's flashpoint Al-Aqsa Mosque compound, where they tried to perform Talmudic rituals, a Palestinian official has said.

"The Jewish settlers tried to perform Talmudic rituals near the Al-Qibali mosque and the Dome of the Rock but they were prevented from doing so by Muslim worshipers and the mosque guards," he said.

According to al-Khatib, dozens of Jewish settlers, however, managed to perform Talmudic rituals at Al-Qataneen and Lions' gates.

Some extremist Jewish groups have called for the demolition of the Al-Aqsa Mosque so that a Jewish temple might be built in its place.

In September 2000, a visit to the flashpoint religious site by controversial Israeli politician Ariel Sharon sparked what later became known as the "Second Intifada," a popular uprising against the Israeli occupation in which thousands of Palestinians were killed.

Israel occupied East Jerusalem during the 1967 Middle East War. It later annexed the city in 1980, claiming it as the capital of the Jewish state in a move never recognized by the international community.