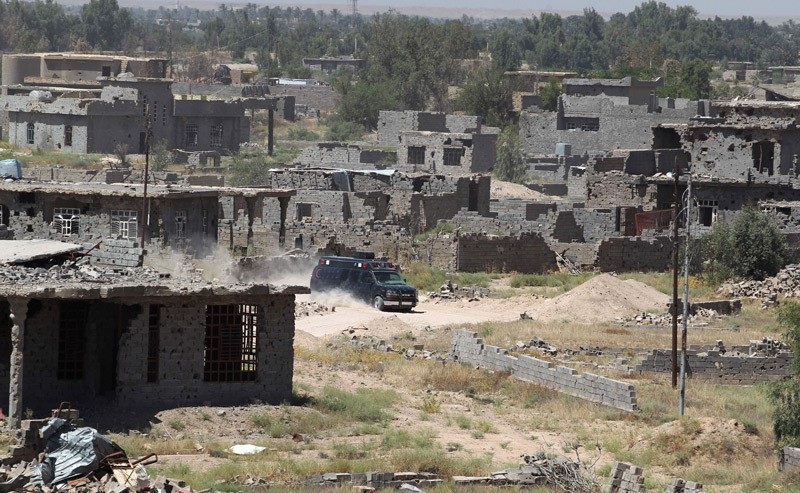 The number of civilians to have fled the Daesh-held city of Fallujah -- the largest city of Iraq's western Anbar province -- now stands at 19,000, Iraqi Minister for Migration and Displacement Jassim Mohamed told Anadolu Agency on Monday.

"Since the beginning of operations [by the army to capture Fallujah from the Daesh terrorist group], civilians trapped inside the city have been taking serious risks to get out," Mohamed said.

"Our data shows that the total number of civilians to have fled the city thus far stands at nearly 19,000," he added. "Most of these have since found safe haven in the town of Amiriyah on Fallujah's outskirts."

Mohamed went on to note that many of the civilians attempting to flee the city had been subject to violence by Shia militiamen taking part in the army campaign to wrest the city from Daesh.

"Ministry officials are part of a committee drawn up by Prime Minister Haidar al-Abadi to investigate crimes committed against civilians in Fallujah," he said.

"Daesh is not letting the 50,000 people who remain stuck in the city to flee. It wants to use them as human shields," he said.

Mohamed went on to point out that the Iraqi government had set up two camps -- containing 2,500 tents each -- for families living close to flashpoint areas.

"The camps aren't very suitable; no infrastructure facilities are available," he said. "Intense clashes are taking place close by; it's hard to meet camp-dwellers' basic needs."

Located along the Euphrates River some 50 kilometers (about 30 miles) west of capital Baghdad, Fallujah -- which fell to Daesh in early 2014 -- is believed to be home to some 90,000 residents.

Iraq has suffered from a devastating security vacuum since mid-2014, when Daesh seized the city of Mosul and overran large swathes of territory in the northern and western parts of the country.

According to the UN, more than 3.4 million people are now displaced countrywide -- more than half of them children -- while more than 10 million are in desperate need of humanitarian assistance.