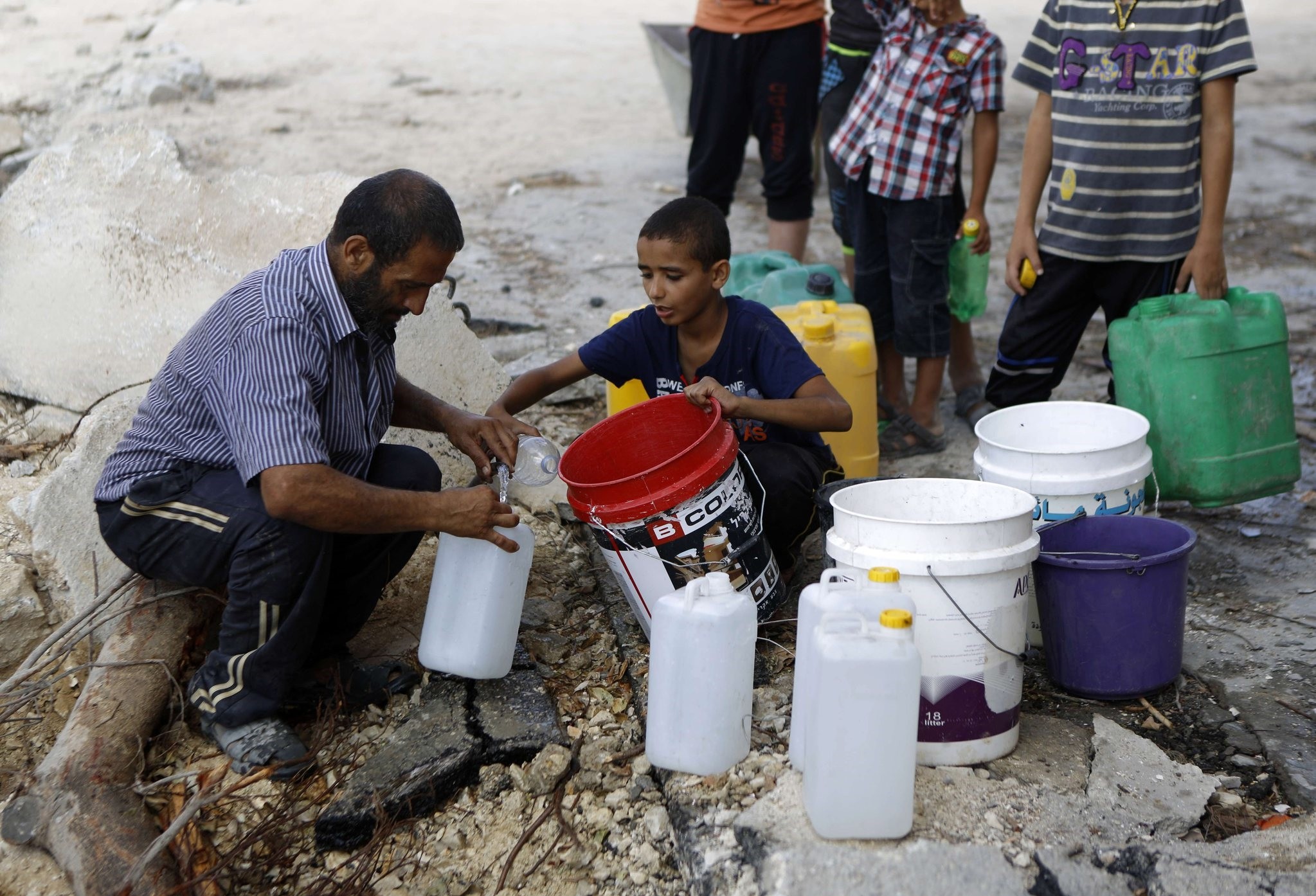 A Palestinian man and children fill containers with water from a broken main in Gaza City's al-Shejaea neighborhood on August 6, 2014 (AFP Photo)
by Daily Sabah Jun 15, 2016 12:00 am

Ayman Rabi, the executive director of the Palestinian Hydrology Group, said that in some areas people had not received water for more than 40 days, Al Jazeera reported.

"People are relying on purchasing water from water trucks or finding it from alternative sources such as springs and other filling points in their vicinity," he was quoted as saying in the piece.

Palestinian families are forced to live on two, three or at most 10 liters per capita per day, he also added.

The city of Jenin which hosts over 40,000 people, said its water supplies had been cut by half, and warned that it would hold the Israeli company solely responsible for any possible tragedies that could result from water shortages during the hot summer months, Al Jazeera also added.

Since 1967, Israel has limited the water available to Palestinians in the West Bank and the Gaza Strip since its military forces illegally occupied the both territories.