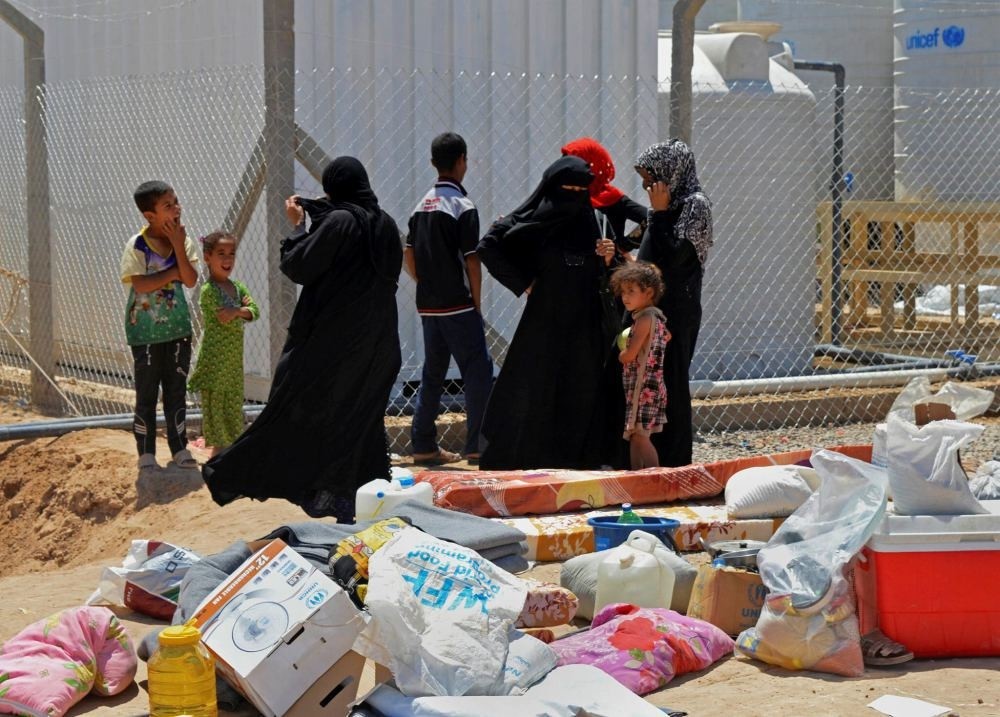 Thousands of Iraqis in Fallujah are have no access to food and cannot leave the city since DAESH has tightened control over civilians. Dozens of DAESH militants have reportedly attempted to flee disguised as civilian

About 40,000 residents of Fallujah, DAESH's besieged stronghold near Baghdad, have fled in the last three weeks, but a similar number are trapped despite the Iraqi army's attempts to secure escape routes for them, officials said on Tuesday. Officials in Anbar province, where Fallujah is located, said DAESH was tightening control over civilian movement in the center where the United Nations and a provincial official estimate around 40,000 civilians are stuck with little food or water. The group has used residents as human shields to slow the troops' advance and thwart the air campaign backing them. By midday on Tuesday fewer than 1,000 people had fled Fallujah through a southwestern route secured by the military on Sunday at al-Salam Junction, a Norwegian aid group said, down from 4,000 and 3,300 on each of the previous two days. The United Nations recently put the total population at 90,000 people, a fraction of its size before DAESH took over.

The army, counter-terrorism forces and Shiite paramilitary fighters backed by air strikes from a U.S.-led coalition launched a major operation last month to retake the mainly Sunni city, an hour's drive from Baghdad. But Prime Minister Haider al-Abadi slowed the advance to protect civilians amid fears of sectarian violence, and Iraqi forces have made only piecemeal gains in recent days as they try to reach the city center. Most of those displaced on Tuesday came from the outskirts, according to the Norwegian Refugee Council (NRC), which is providing aid to escapees at nearby camps who join around four million others displaced across the country. DAESH has alternately attacked civilians trying to leave and forced them to pay an exit tax of more than $100 per person, said Karl Schembri, an NRC spokesman. "The journey is still full of risks and extremely unsafe," he said in an email.

At a checkpoint outside militant-held Fallujah, hundreds of civilians who fled the fighting between Iraqi forces and DAESH huddled late at night in packed mini-buses on the side of a highway as security forces separated out those suspected of supporting the extremists. Shiite militants, reportedly accuse Sunni residents of the city of aiding DAESH. Shiite militias are expected to battle against DAESH militants to recapture Iraqi cities. However, it has been reported that militias have been committing atrocities against Sunni civilians.

Meanwhile, a small military operation continues to retake Mosul. Sniper fire by DAESH militants killed a senior Iraqi commander near the northern DAESH-held city of Mosul, the extremist group's main bastion in Iraq, as the U.N. refugee agency warned that thousands of civilians have been newly displaced from that area. Iraq's Defense Ministry said late Tuesday that Brig. Ahmed Badr al-Luhaibi, the commander of Brigade 71st of Division 15, was killed by a sniper during an operation to retake a village south of Mosul. The statement lauded al-Luhaibi as a "knight" and said his death would "increase our determination to clear" the entire province of Nineveh, where Mosul is the provincial capital, of DAESH militants. Mosul, Iraq's second-largest city, fell to DAESH during the militants' June 2014 onslaught that captured large swaths of northern and western Iraq and also almost a third of neighboring Syria. The city, about 360 kilometers northwest of Baghdad, became also the largest city in the extremist group's self-declared caliphate on the territories the militants control.
RELATED TOPICS