Most of Fallujah recaptured from Daesh militants, Iraqi PM says 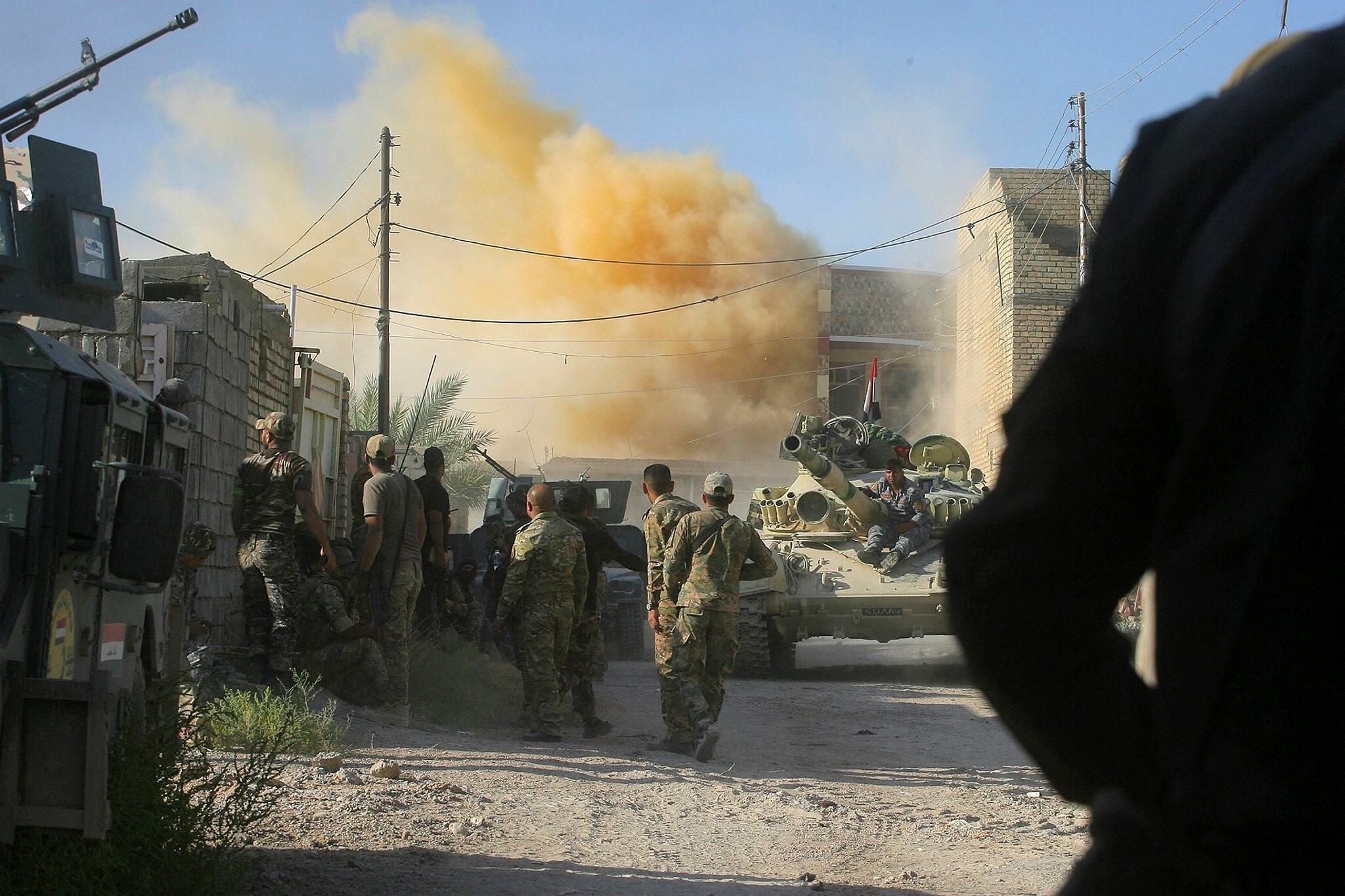 Iraqi government forces have gained control over most of the city of Fallujah, Prime Minister Haider al-Abadi announced Friday on state television.

They met limited resistance from Daesh fighters, who were fleeing the city, the Iraqi commanders said, leaving the organization on the brink of losing one of the most emblematic strongholds in its two-year-old "caliphate".

It is the latest setback for the extremists who have also lost territory in neighbouring Syria and in Libya in recent weeks.

"We promised you the liberation of Fallujah and we retook it. Our security forces control the city except for small pockets that need to be cleared within the coming hours," Abadi said.

Military commanders explained that the forces had raised the flag over the government compound in the center of the city.

"The liberation of the government compound, which is the main landmark in the city, symbolises the restoration of the state's authority" in Fallujah, federal police chief Raed Shaker Jawdat said.

The overall commander of the operation, Lieutenant General Abdulwahab al-Saadi, said that "Iraqi forces have now liberated 70 percent of the city".

Significant parts of northern Fallujah, where thousands of civilians are believed to remain, have yet to be retaken.

In December 2015, Abadi announced the liberation of Ramadi, the capital of Anbar province where Fallujah lies, but it took several more weeks of fighting to establish full control.

In the deserted, recently reconquered neighbourhoods of the insurgent bastion known in Iraq as the "City of Mosques", elite forces were consolidating positions, stocking up on food and weapons.

Dozens of bodies of dead Daesh fighters were left to rot under blankets amid the rubble of homes destroyed by air strikes, rockets or controlled explosions of the hundreds of bombs the fighters themselves laid across the city.

Fallujah, just 50 kilometres (30 miles) west of Baghdad, is one of Daesh's key historical bastions and its loss would leave Mosul as the only major Iraqi city under its control.

The US-led coalition, which has carried out air strikes in support of the Fallujah operation, had initially favoured focusing efforts on recapturing Mosul.

Abadi, who was facing huge political pressure over the reform of his own government when he declared the launch of the Fallujah operation, vowed Friday that Mosul was the next target.

In the hours before the latest push into the heart of Fallujah, Iraqi forces retook several neighbourhoods in quick succession.

"This operation was done with little resistance from Daesh," Saadi said.

"They know, by experience, that a small number of Daesh fighters in urban terrain cannot stop an Iraqi security forces ground assault supported by coalition airstrikes," said Patrick Martin, Iraq analyst at the Institute for the Study of War.

After months of military operations aimed at completely sealing off the city, Daesh had been expected to fight to the death in a protracted suicide holdout, but recent developments suggest the siege was porous.

"There is a mass flight of Daesh to the west that explains this lack of resistance. There are only pockets of them left and we are hunting them down," Saadi said.

Tens of thousands of civilians have been forced from their homes since the operation began last month.