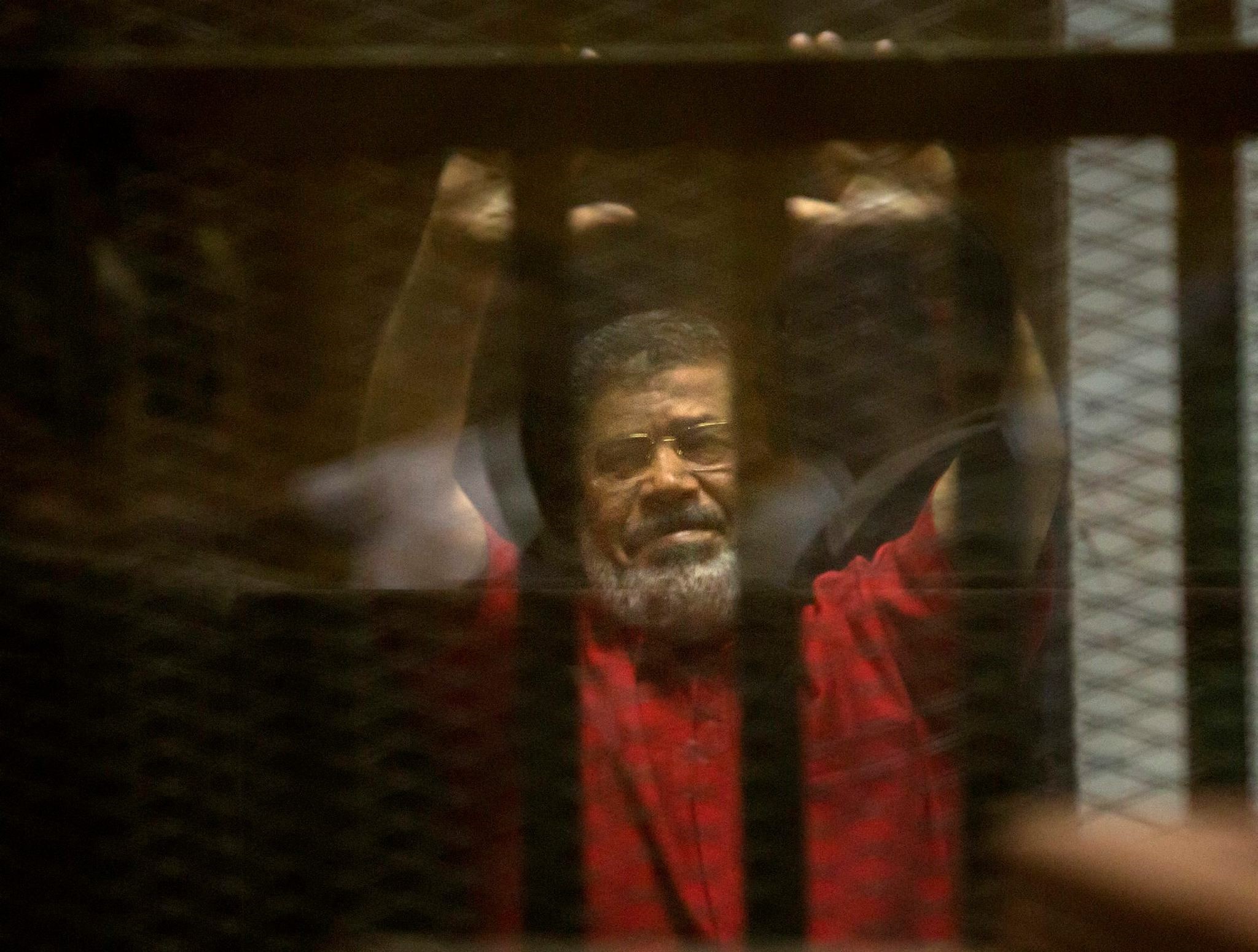 Former Egyptian President Mohammed Morsi raises his hands inside a defendants cage in a makeshift courtroom at the national police academy, in an eastern suburb of Cairo, Egypt, Saturday, June 18, 2016. (AP Photo)
by Anadolu Agency Jun 19, 2016 12:00 am

"We express our deep concern and condemn the life imprisonment given to President Morsi who has remained in prison since 2013," said a statement posted on the Turkish Foreign Ministry website.

"We believe that this decision will not contribute to Egypt's peace and stability".

Morsi, along with 10 co-defendants, were accused by Egypt's army-backed authorities of spying for Qatar and leaking classified documents to the Gulf statelet during his single year as president.

A court on Saturday sentenced Morsi to life on charges of "leading a terrorist group"-in reference to the Muslim Brotherhood, which was blacklisted by the Egyptian authorities in late 2013.

The court, however, cleared Morsi of charges of spying for Qatar, which was a main backer of Morsi's administration while he was in power.

Egypt's first democratically elected leader, Morsi was ousted by the military in a 2013 military coup following protests against his presidency.

He has since been slapped with life-in-prison and death sentences for "conspiring against Egypt"-with Palestinian group Hamas and Lebanon's Hezbollah-and for breaking out of jail in 2011.

He has also been sentenced to a 20-year jail term for allegedly committing murder.

Since Morsi's ouster and imprisonment, the Egyptian authorities have launched a harsh crackdown on his Muslim Brotherhood group-killing hundreds and jailing tens of thousands-while relations between Cairo and Doha have nosedived.