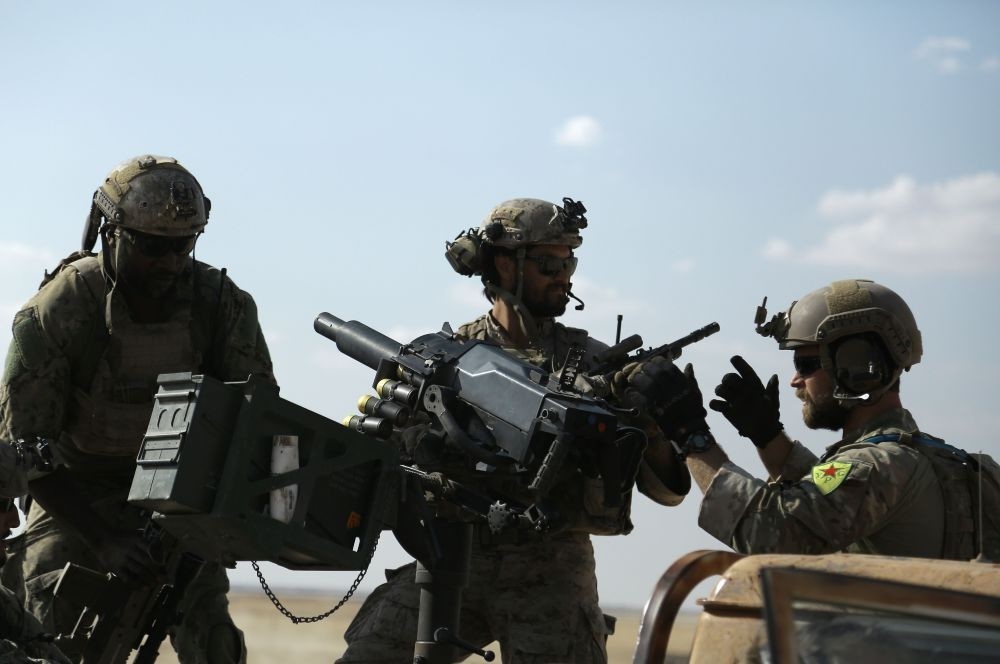 Experts attending a symposium in Ankara held by Foundation for Political, Economic and Social Research (SETA) on th shifting alliances in the Middle East were united in their opinion that U.S. President Barack Obama was a disappointment for regional allies. Research director Kılıç Buğra Kanat said that Turkish, U.S. ties are suffering due to American links to the Syrian PKK affiliate Democratic Union Party (PYD). Kanat spoke on a panel titled "The Future of Traditional Alliances in the Middle East: Turkey-Israel-Saudi Arabia" on Monday. Evaluating the impact of the U.S. in the Middle East, Kanat said that the U.S. currently avoids partnerships as much as possible while most of the alignments in the region are due to regimes' concerns for security.

Pointing out that the U.S.-Turkey partnership is "united" as both are NATO members, Kanat added that there are strategic differences between Turkey and the U.S. regarding the crisis in Syria, underlining that across the Middle East there is an increasing skepticism about Obama's doctrines and unclear strategies, saying: "The technical partnership between the U.S. and the PYD can be a significant destabilizer for the historical alliance between the two countries. Which means that the institutional dimension will continue, but considering the emergence of skepticism, emergence of trust and confidence problems in both countries, especially in Turkey, in regards to U.S. military assistance to the PYD, this can have very long term implications for bilateral relations," Kanat said, adding that the U.S. is trying to create an artificial difference between the PKK and PYD.

On the panel, Sakarya University Faculty of Political Sciences Academic Member Assistant Professor Doctor Philipp Amour, remarked on regional alliances in the Middle East and Israel, highlighting that alliances between countries have transformed after the Arab Spring, as an unbalanced distribution of power emerged. "Post-Arab Spring events opened new opportunities for Israel to gain tactical achievements against Palestinians," Amour said, adding that none of the Post-Arab Spring actors in the Middle East are satisfied with the Obama doctrine. Amour summarized Israel's foreign policy as "Wait and see, keep the status-quo, consolidate supremacy in the region, and do not open up. Do not reconcile with the Arabs, nor the Iranians, nor the Turks." Amour further said that the future is to Israel's advantage, as all the other countries in the region are fighting against each other.

Abdullah al-Shammari from the Riyadh Institute of Diplomatic Studies, commenting on relations between Turkey and Saudi Arabia, stated that it is a priority for Saudi Arabia to enhance bilateral relations with Turkey, further stating that "the military cooperation between Saudi Arabia and Turkey is at a much better level than it seems." Evaluating the active role that the U.S. takes in the Middle East, Shammari indicated that the U.S. has benefited from Saudi Arabia and Turkey's mistakes in the region, adding that "the shift of American policy towards Saudi and Turkey is part of a greater plan for the Middle East."

Speaking to journalists on the presidential plane during his flight from Louisville to Ankara after attending the funeral ceremony of Muhammad Ali, President Recep Tayyip Erdoğan said that although bilateral relations with the U.S. had a good start when U.S. President Barack Obama assumed office in 2008, Turkey's expectations could not be met with the passing of time.

Indicating that the Syrian PKK affiliate Democratic Union Party (PYD) and its armed People's Protection Units (YPG), which the U.S. supports, only fights against the DAESH terrorist organization to pave the way of a new entity in northern Syria in the future, Erdoğan said Turkey's warnings on the issue were "unfortunately" not heeded.

"You see that there are YPG insignias on the arms of U.S. soldiers and they were photographed intimately with [YPG militants]. All of these accordingly lead to serious resentment to the U.S. in my country. Despite all warnings and notices, the situation that I have mentioned still continues. Of course we feel sorrow under these circumstances," he said.

Erdoğan said that he expected Obama to have a more determined stance on this issue and still expects this even though the U.S. presidential elections in November 2016 are nearing.