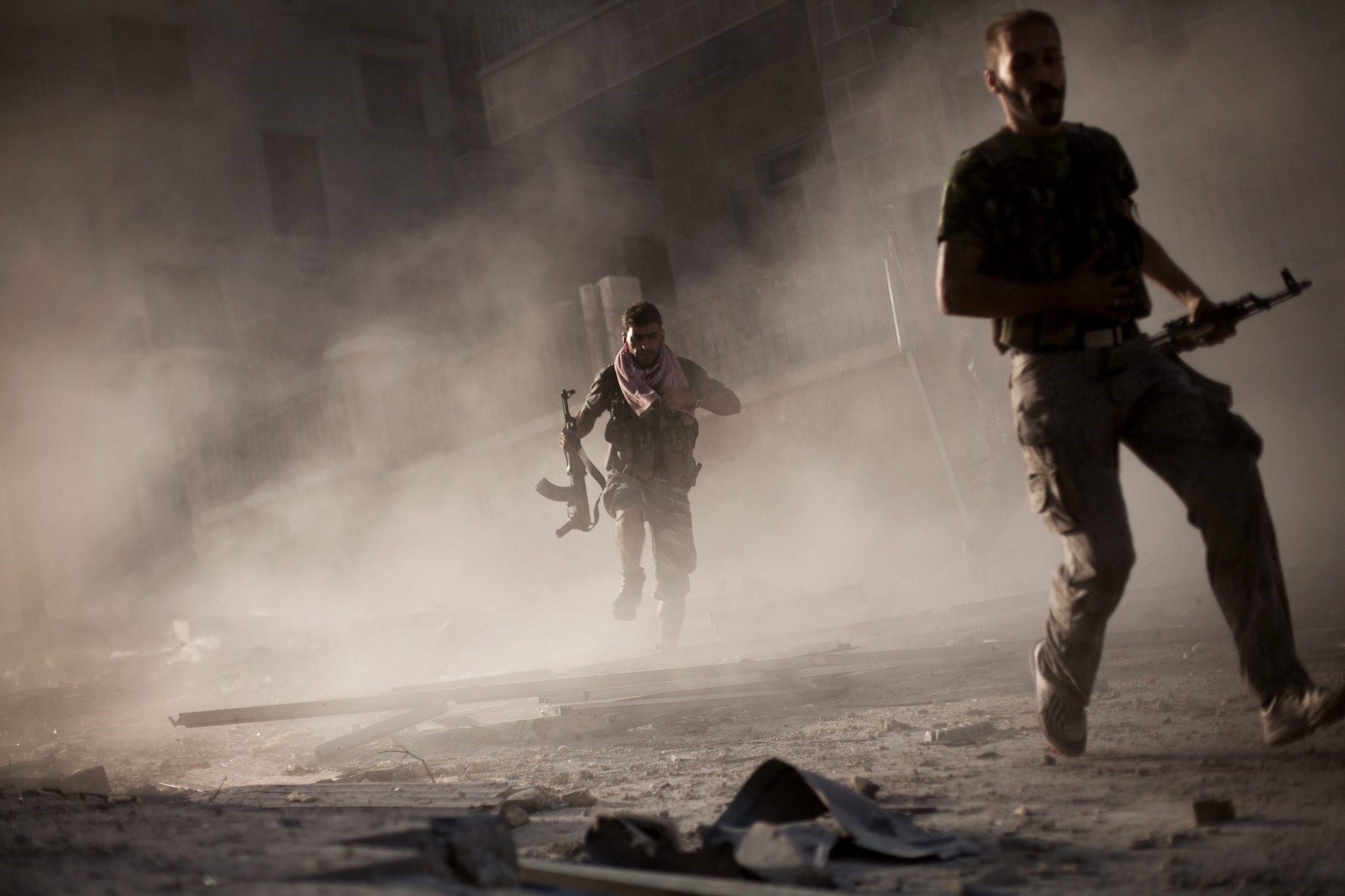 Two rebel Free Syrian Army soldiers run after attacking a Syrian Army tank during fighting in the Izaa district in Aleppo, Syria. (AP Photo)
by reuters
Jun 27, 2016 12:00 am
Weapons shipped into Jordan for Syrian opposition forces by the Central Intelligence Agency and Saudi Arabia were stolen by Jordanian intelligence operatives and sold to arms merchants on the black market, the New York Times reported, citing American and Jordanian officials.

Some of the stolen weapons were used in a shooting in November that killed two Americans and three others at a police training facility in Amman, according to a joint investigation by the New York Times and Al Jazeera.

A Jordanian officer shot dead two U.S. government security contractors, a South African trainer and two Jordanians at a U.S.-funded police training facility near Amman before being killed in a shootout, Jordanian authorities had said in November.

The training facility was set up on the outskirts of the capital, Amman, after the 2003 U.S. invasion of Iraq to help rebuild the shattered country's postwar security forces and to train Palestinian Authority police officers.

The weapons used in the shooting had originally arrived in Jordan for the Syrian rebel training program, the paper reported, citing American and Jordanian officials.

Theft of the weapons, which ended months ago after complaints by the American and Saudi governments, has led to a flood of new weapons available on the arms black market, the New York Times said.

Jordanian officers who were part of the plan "reaped a windfall" from sale of weapons, using the money to buy iPhones, SUVs and other luxury items, according to the paper, which cited Jordanian officials.