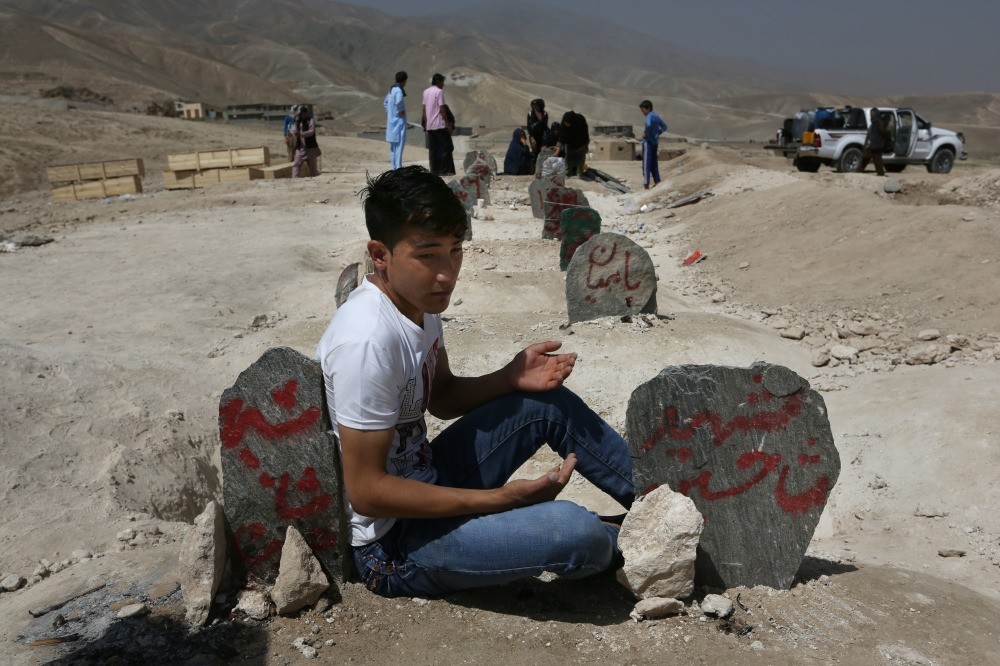 Civilian casualties in Afghanistan soared to a record high in the first half of 2016, the U.N. said, with children in particular paying a heavy price as insurgents step up fighting and insecurity grows

Civilians are being killed and wounded in record numbers in Afghanistan, the United Nations reported yesterday, just days after one of the deadliest attacks ever in Kabul.

Overall at least 1,601 civilians were killed and 3,565 wounded in the war in the first six months of 2016, the United Nations reported, as insurgent groups like the Taliban try to topple the government installed in Kabul after the 2001 U.S.-led military intervention.

Anti-government groups, the largest of which is the Taliban, accounted for at least 60 percent of non-combatants killed and wounded.

Twin blasts on Saturday were claimed by DAESH and killed at least 80 people and injured more than 230, most of them civilians.

Those numbers are not included in the U.N. report, but the attack highlighted its finding that suicide bombings and complex attacks are now harming more civilians than are roadside bombs. Casualties caused by pro-government forces increased 47 percent over the same period last year, the United Nations said.

Afghan forces were responsible for 22 percent of casualties overall, and the international troops remaining in the country caused 2 percent, while 17 percent could not be attributed to one side or the other.

"The testimony of victims and their families brings into agonizing focus the tragedy of... this protracted conflict since 2009," said Zeid Ra'ad Al Hussein, the U.N. High Commissioner for Human Rights.

"The family that lost a breadwinner, forcing the children to leave school and struggle to make ends meet; the driver who lost his limbs, depriving him of his livelihood; the man who went to the bazaar to shop for his children only to return home to find them dead."

U.N. officials said they had heard more commitments by both sides, but few effective actions to improve protection of civilians.

"Every civilian casualty represents a failure of commitment and should be a call to action for parties to the conflict to take meaningful, concrete steps to reduce civilians' suffering and increase protection," Tadamichi Yamamoto, the top U.N. official in Afghanistan, said in the report.

Meanwhile, a quarter of civilian deaths in Afghanistan in the first half of 2016 were children, the report said, which added 388 children were killed and 1,121 were wounded from January to June this year.

The number of child casualties in Afghanistan in the first half of 2016 was the highest half-year total since 2009, the report said, calling the development "alarming and shameful."

Most civilians were caught up in ground clashes between the two sides as the Taliban increasingly threatened population centers and government troops went on the offensive following the withdrawal of most international combat troops in 2014.

Ground engagements accounted for 38 percent of casualties, followed by complex and suicide attacks at 20 percent, U.N. investigators found. Casualties caused by roadside bombs decreased dramatically, by 21 percent, a drop the United Nations attributed to changes in the nature of the conflict, as well as better bomb-detection by the government.

The report was sharply critical of the Taliban, who "continued using indiscriminate tactics, including carrying out devastating complex and suicide attacks in civilian areas."

DAESH accounted for 122 casualties in the first six months of 2016 compared with 13 casualties attributed to it in the same period last year.

The increasing number of casualties caused by the government, meanwhile, was largely due to wide use of heavy explosives during ground battles, investigators reported.

Aerial operations by the Afghan air force in 2016 caused more than triple the number of civilian casualties during the same period in 2015, according to the report, as new aircraft and weapons were deployed. At least 111 civilians, 85 of them women or children, were killed or wounded by Afghan helicopters and warplanes.

U.N. officials called for an immediate halt to the use of air strikes in populated areas and urged Afghan air crews to use "greater restraint".

While international forces declared their combat mission over at the end of 2014, they continue to conduct air strikes and special operations missions.