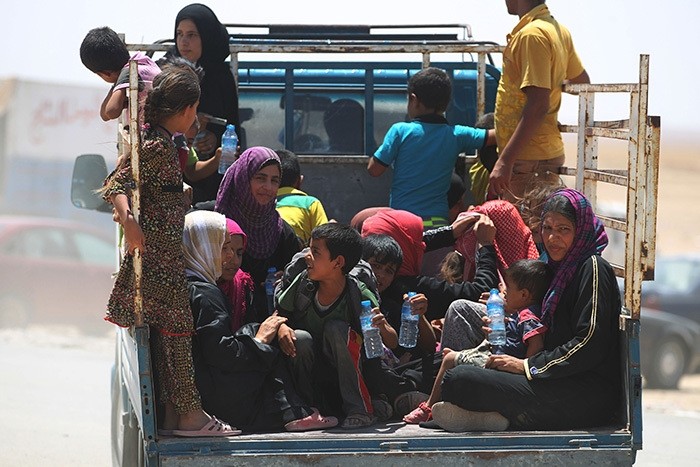 |AFP Photo
by Jul 29, 2016 12:00 am
Up to 1 million people could be forced to flee their homes in Iraq soon as fighting intensifies in a government offensive to retake Mosul from Daesh militants, the International Committee of the Red Cross (ICRC) said on Friday.

U.S.-backed Iraqi government forces have stepped up their military campaign against Daesh in an expected push on Mosul, Iraq's second largest city and the militants' biggest bastion, later this year.

"Up to a million more people could be forced to flee their homes in Iraq in the coming weeks and months, posing a massive humanitarian problem for the country," the Geneva-based ICRC said in an statement.

It said 10 million Iraqis already require assistance in the country, including more than 3 million internally displaced whose numbers could swell with fresh uprooting of civilians.

Robert Mardini, ICRC regional director for the Near and Middle East, said: "We must prepare for the worst... Hundreds of thousands of people may very well be on the move in the coming weeks and months, seeking shelter and assistance."

Around Mosul, the United Nations is preparing for what it says will be the largest relief operation so far this year, concerned that terrified people will stream out of the path of advancing Iraqi government forces and flee en masse. They would need shelter, food and water, and sanitation for three to 12 months, depending on the extent of the city's destruction. ($1 = 0.9766 Swiss francs)