Israel razed more Palestinian homes so far this year than in all of 2015, UN says 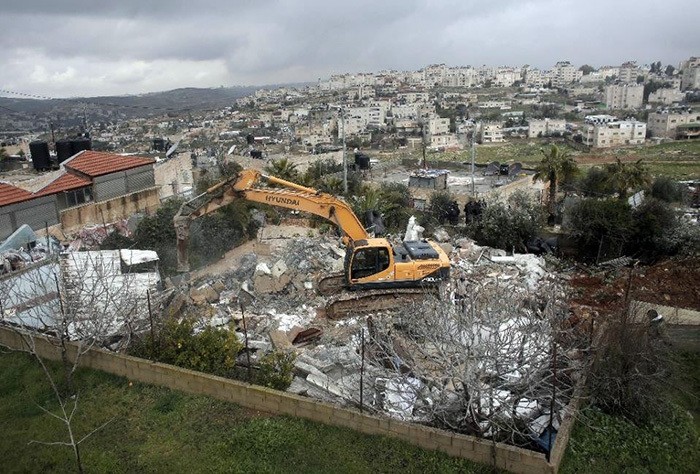 Israel has razed more Palestinian homes and other structures so far this year than in all of 2015, the United Nations said Friday, as the United States and France expressed concern.

Israeli authorities in the occupied West Bank and annexed east Jerusalem have demolished 726 structures this year, displacing 1,020 Palestinians, the UN Office for the Coordination of Humanitarian Affairs (OCHA) said.

The structures included houses, shelters for livestock and installations such as solar panels.

Many were funded by foreign donors such as the European Union and its individual member states, which say they are working to meet urgent humanitarian needs of people under military occupation.

Israel says it forbids unlicensed construction, invoking treaties with the Palestinians that give it full control over 60 percent of the West Bank designated as "Area C" and asserting sovereignty over all of Jerusalem.

Between August 2 and 8, OCHA said, "in 14 separate incidents in Area C and east Jerusalem, the Israeli authorities destroyed, forced owners to destroy, or confiscated 42 structures for lack of building permits, displacing 30 people."

Israeli NGO B'Tselem said that since the start of the year Israel razed at least 188 homes in the West Bank alone, "the highest number since B'Tselem began documenting home demolitions on grounds of 'lack of building permits' in 2006."

France on Thursday condemned Israel's destruction last week of structures it funded in the West Bank village of Nabi Samuel.

It was the third time this year that Israel has torn down French-financed structures, said a French foreign ministry statement, "which includes the dismantling of a school in February."

"France is deeply concerned by the accelerated pace of demolitions and confiscations of humanitarian structures that should benefit the Palestinian population living in Area C," it added.

"We call on the Israeli authorities to put an end to these practices which are contrary to international law."

In Washington, the U.S. State Department said it was worried about Israeli plans to raze the tiny Palestinian village of Susiya, in the southern West Bank.

"If the Israeli government proceeds with demolitions in Susiya, it would be very troubling and would have a very damaging impact on the lives of the Palestinians living there who have already been displaced on other occasions," spokeswoman Elizabeth Trudeau told reporters.

The village has been torn down before and its homes are mainly tents, caves and makeshift structures, along with a children's playground.

Israel says Susiya does not have a permit.