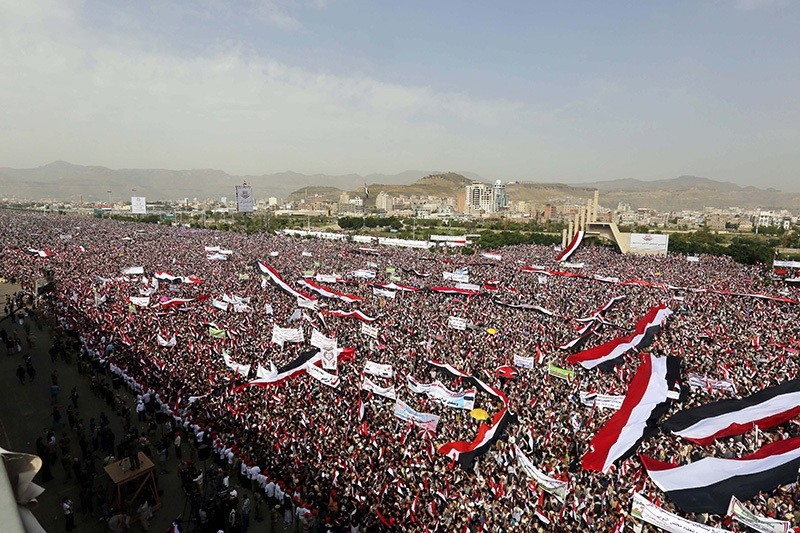 Thousands of Yemenis on Saturday rallied in Yemeni capital Sana'a in a show of support to a council set up by rebels to rule the war-wracked country.

The demonstrators also condemned a bombing campaign that a Saudi-led coalition has been carrying out against rebels in Yemen in support of internationally recognized President Abd Rabu Mansour Hadi.

The head of the nascent ruling council, Saleh al-Samad, told the rally that it would decide on a new government in the "next few days" - a move that would dim prospects for peace talks between the rebels and Hadi's administration.

Earlier this month, UN-sponsored negotiations between representatives from Hadi's government and rebels ended in Kuwait without a breakthrough.

Saturday's rally comes a week after parliament met in rebel-held Sana'a for the first time since the start of the civil war in Yemen nearly two years ago.

The legislature approved the rebel ruling council despite a warning from Hadi, whose government is in exile in Saudi Arabia.

Sana'a has been under the Houthis' control since September 2014.

The Yemen conflict has intensified since March 2015 when the mostly Shiite rebels advanced on the southern city of Aden, prompting Saudi Arabia and fellow Sunni allies to start an air campaign in Yemen against the group.

The Saudis fear that the rebels will give their regional rival, Shiite Iran, a strategic foothold on the Arabian Peninsula.