Iran slams Russia for publicity on airbase use for Syria 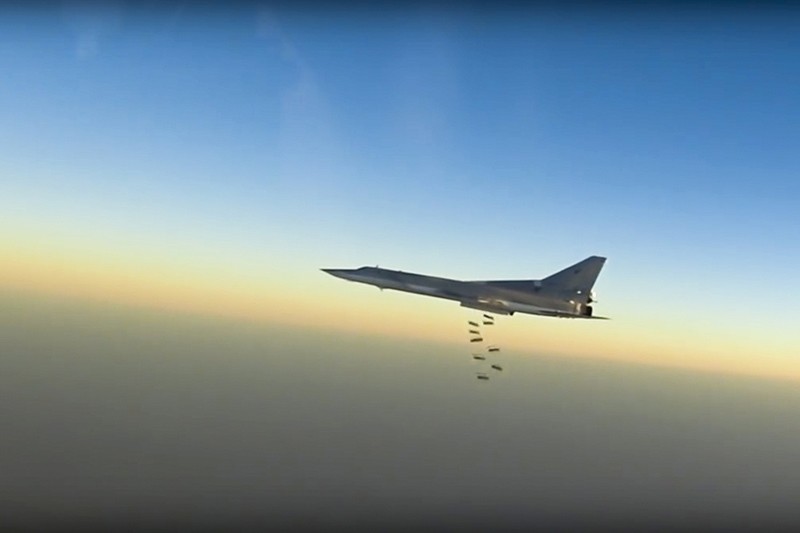 In this frame grab from video provided by the Russian Defence Ministry Press Service, Russian long range bomber Tu-22M3 flies during a strike above an undisclosed location in Syria (AP Photo)
by Compiled from Wire Services Aug 22, 2016 12:00 am

Iranian Defence Minister Hossein Dehghan on Monday criticized Russia for "not having kept its promise" when Russia made public that it was using an Iranian airbase for bombing raids in Syria.

The operations were strategically necessary, but Iran and Russia had agreed not to make them public, Dehghan said in comments carried by Iranian state news agency ISNA.

He emphasized that Iran had allowed Russia to use the airbase only for refueling as part of collaboration against terrorists in Syria, and not allocated it as a "classical military base."

There was no immediate response from Moscow, which had used the Shahid Nojeh Air Base to refuel its bombers striking Syria at least three times last week.

Foreign Ministry spokesman Bahram Ghasemi told reporters in Tehran that the Russian airstrikes on militants in Syria were "temporary, based on a Russian request."

"It is finished, for now," Ghasemi said, without elaborating.

Earlier Monday, state TV quoted Iran's defense minister as saying that Russia "will use the base for a very short and fixed span." The comments by Gen. Hossein Dehghan came after he chastised parliament this weekend for asking questions about Russia using the base.

Responding to a question about why Iran didn't initially announce Russia's presence at the airfield, Dehghan appeared prickly on the state TV broadcast.

"Russians are interested to show they are a superpower to guarantee their share in political future of Syria and, of course, there has been a kind of show-off and ungentlemanly (attitude) in this field," he said.

The Interfax news agency on Monday also quoted Russia's ambassador to Tehran, Levan Dzhagaryan, as confirming that all of Moscow's warplanes have been withdrawn from Iran. Dzhagaryan said, however, that he does "not see any reason" why the Russians can't use the Iranian base again.

For Iran, allowing Russia to launch strikes from inside the country is likely to prove unpopular. Many still remember how Russia, alongside Britain, invaded and occupied Iran during World War II to secure oil fields and Allied supply lines. But while Britain withdrew, Russia refused to leave, sparking the first international rebuke by the nascent United Nations Security Council in 1946.

Analysts have suggested Russia potentially leveraged Iran into allowing it to use the airfield over either economic or military interests, such as Tehran wanting to purchase Sukhoi-30 fighter jets or its deployment of Russian S-300 air defense missile systems. Russia initially held off on supplying the missile system to Tehran amid negotiations over Iran's contested nuclear program.

Over the weekend, photographs of President Hassan Rouhani were published in Iranian state media near a Bavar-373 missile defense system. That system is designed to be the local equivalent of the S-300 — perhaps an Iranian signal back to Moscow that it's capable of defending itself without the Russian missile system.

"When we make Bavar-373 operational, we will not need to purchase another high-altitude and long-range air defense system," he said.

Dehghan added that Iran still sees the Sukhoi-30 as "an appropriate fighting aircraft," though he acknowledged the U.S. could seek to block any fighter jet deal. The U.N. resolution enshrining last year's nuclear deal with Iran prohibits the supply, sale and transfer of combat aircraft to Iran unless approved in advance by the Security Council.

"The issue of purchasing the fighters has been raised and we have not heard any negative answer," he said. "We are negotiating to learn how we can do this with the restriction that can be raised for the Russians."