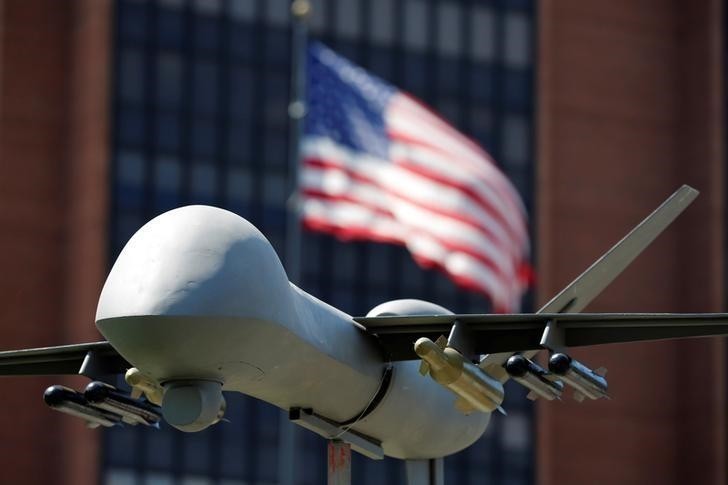 A model of a military drone is seen in front of an U.S. flag as protesters rally against climate change, ahead of the Democratic National Convention, in Philadelphia, Pennsylvania, U.S., July 24, 2016 (Reuters Photo)
by reuters Aug 29, 2016 12:00 am
Iran's military detected a U.S. drone entering Iranian airspace on Monday and issued a warning for it to leave, which it subsequently did, Iran's Tasnim news agency reported.

"Iran's army air defence detected and warned an American drone in the eastern airspace of the country. It was coming from Afghanistan. The drone left the area," Tasnim quoted the Iranian military as saying.

Tasnim gave no details on how the Iranian authorities had warned the unmanned drone to leave its airspace.