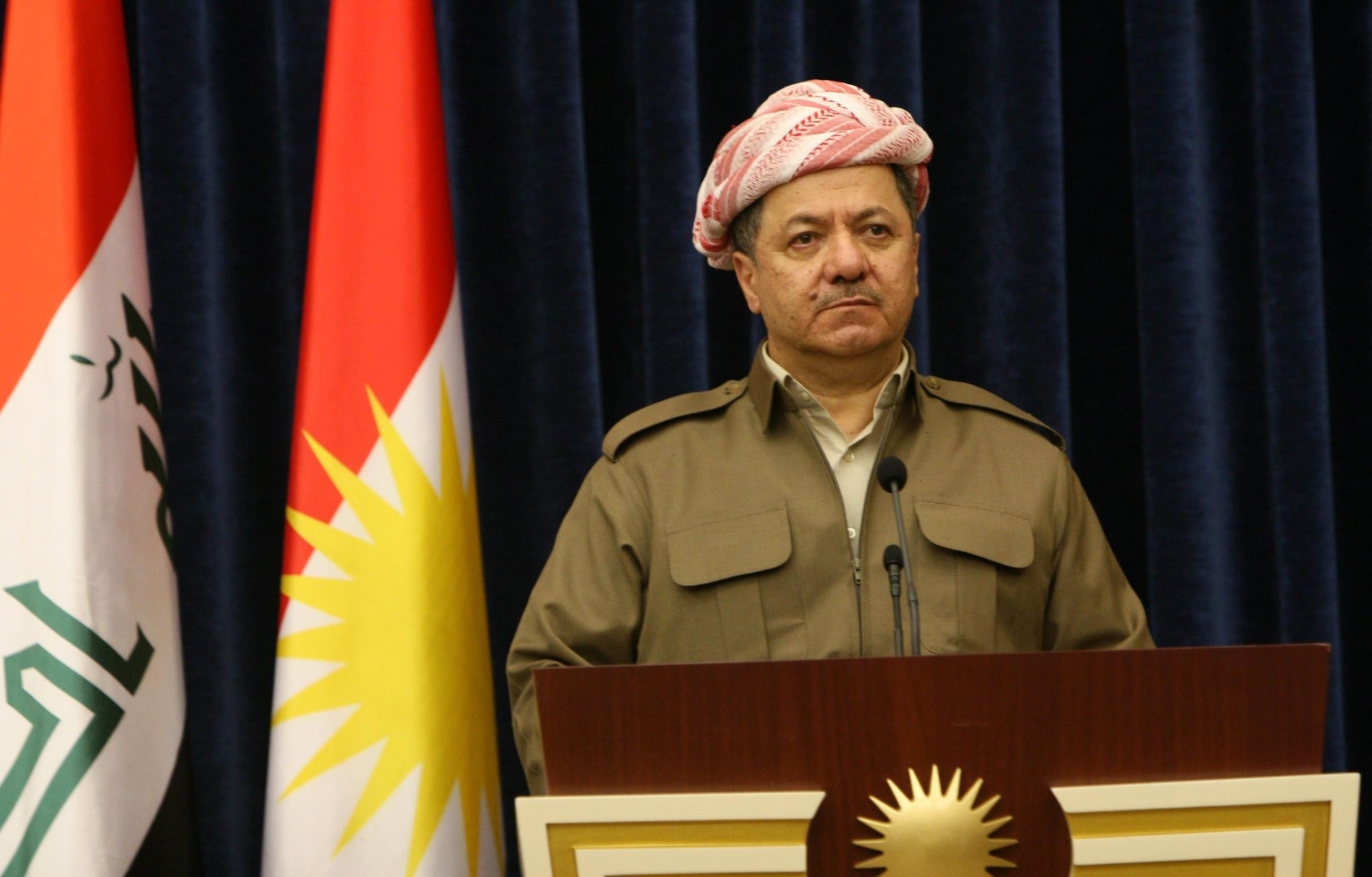 President of Iraq's Kurdish Regional Government (KRG) Masoud Barzani criticized the activities of the PKK's Syrian offshoot the Democratic Union Party (PYD) in northern Syria on Wednesday, saying the group is implementing the policies of the PKK terror organization in Syria.

"The PYD has seized Kurdish-majority areas [of northern Syria], where it is carrying out the PKK's policies," Barzani said in an interview with the French daily Le Monde.

Barzani voiced his concern for the future of Syria's Kurdish population, saying, "Due to its non-inclusive policies, the PYD does not enjoy the support of other elements in Syria and continues to support the Assad regime without any regard for the future of Kurds in the region."

The PYD and its armed wing the People's Protection Units (YPG) have already been accused of violating the rights of Kurds in Syria. In August 2015, a report published by KurdWatch, an independent group of experts reporting on human rights' violations in Syria, revealed information about the PYD's forcible recruitment of underage children and its deployment of child soldiers, exposing the PYD's unlawfully exploitive use of children as well as adults who are forcibly conscripted to serve in the YPG.

"The PYD has failed to cooperate with the Syrian moderate opposition," Barzani asserted.

Ankara labels the PYD/YPG a terrorist organization, as it is the [Syrian] offshoot of the PKK, while the U.S. describes it as a "reliable partner" in the fight against DAESH.

When asked to evaluate Operation Euphrates Shield conducted by the Turkish Armed Forces (TSK) and backed by the Free Syrian Army (FSA), which resulted in the liberation of Jarablus last month, Barzani said that "Turkey is at war with the PKK."

Meanwhile, KRG's president also met with U.S. Deputy Secretary of State Tony Blinken in Irbil yesterday, where he also highlighted the importance of protecting the rights of various ethnic and religious groups, including Christians, Yezidis, Arabs, Kurds, and Turkmens, to avoid further divisions and clashes among people in Iraq.

The PKK – listed as a terrorist organization by Turkey, the U.S. and EU – resumed its armed campaign against the Turkish state in July last year. Since then, more than 600 security personnel and many civilians, as well as roughly 7,000 PKK terrorists, have been killed.

On Sept. 9, the head of the Irbil-based Kurdish National Council said that Syrian Kurds are opposed to both the Assad regime and the PYD, as much of Syria's Kurdish population had been forced to flee the country in recent years due to ongoing human rights' violations committed by the PYD.

"The PYD is the biggest threat currently facing the Kurds of Rojava," he said in an interview with Anadolu Agency (AA), referring to northern Syria's Kurdish region.

Currently controlled largely by the PYD, Rojava is comprised of the Syrian provinces of Al-Hasakah, Al-Raqqa and Aleppo.

According to Biro, many Kurds of the region had fled to northern Iraq's semi-autonomous Kurdish region, to Turkey, or risked their lives trying to cross the Aegean Sea in hopes of finding refuge in Europe.

"The Kurds have been exhausted by both the Assad dictatorship and the PYD dictatorship," he said.

Biro described the PYD as an "existential threat" to the region's Kurds. The Kurdish leader also accused the PYD of abducting and torturing its political opponents and forcing Kurdish children to fight for its cause against their will.