At least 7 killed in Daesh suicide attack in Baghdad 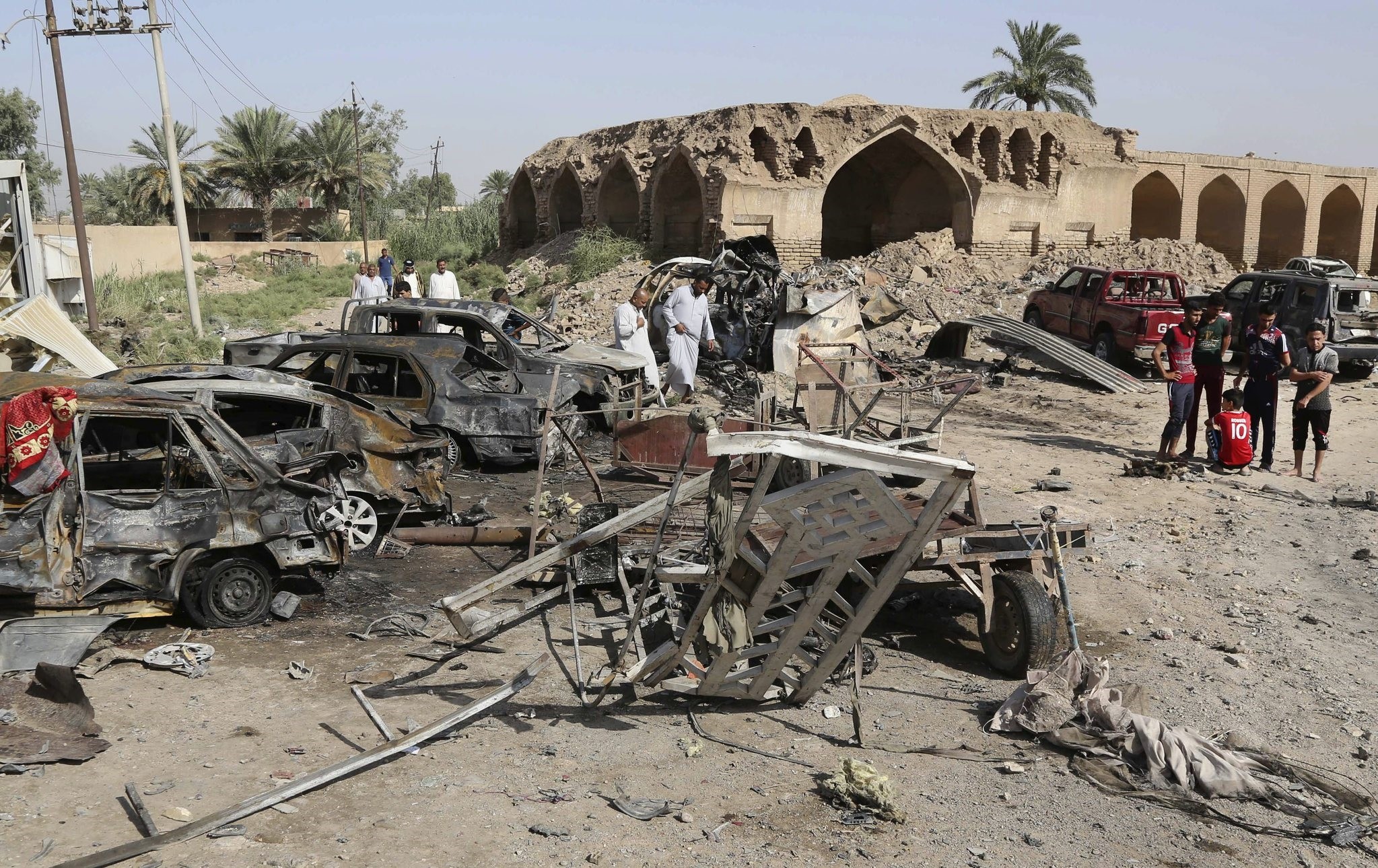 Civilians inspect the scene of a deadly friday night suicide car bombing at a busy market in Khan Beni saad, about 20 miles (30 kilometers) northeast of Baghdad, Iraq, Saturday, July 18, 2015. (AP Photo)
by reuters
Sep 25, 2016 12:00 am
A suicide bomber blew himself up in a commercial street of Baghdad on Sunday, killing seven and wounding 28, police sources said, as Daesh steps up attacks in Iraq.

Daesh claimed the attack in Iskan, a mostly Shi'ite district in the west of the Iraqi capital.

The militants' Amaq news agency said the bombing targeted members of the Badr Organisation, the most powerful Iraqi Shi'ite militia, which is backed by Iran.

Daesh has intensified bomb attacks in government-held areas of Iraq this year as it loses territory to U.S.-backed Iraqi forces and Iranian-backed Shi'ite militias.

It claimed a truck bombing in July that killed at least 324 in the Karrada shopping area of Baghdad, in the deadliest single attack in Iraq since the U.S.-led invasion that toppled Saddam Hussein, in 2003.

The group continues to control vast areas in northern and western Iraq, including the city of Mosul, captured in 2014.
Last Update: Sep 25, 2016 2:14 pm