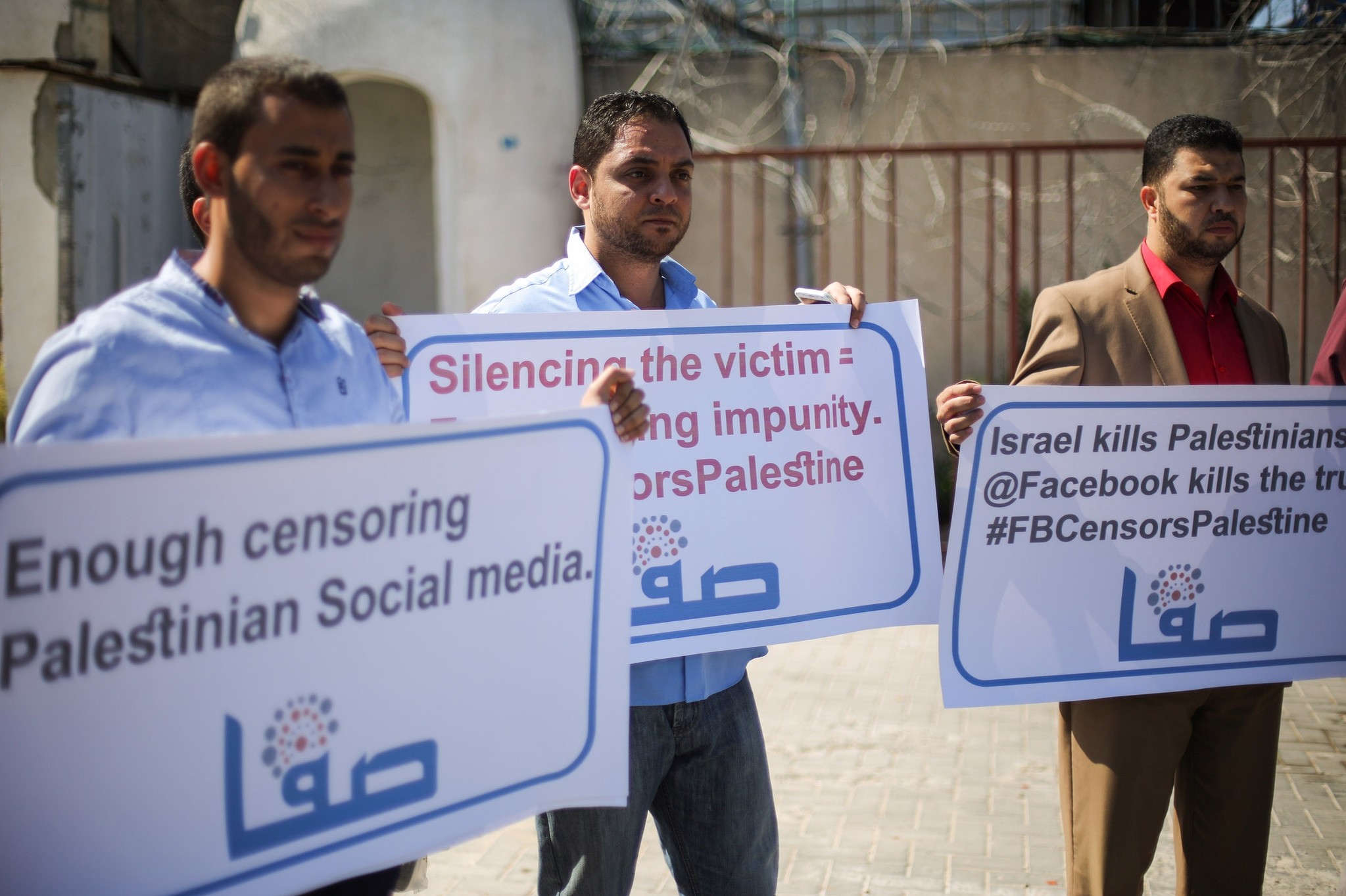 Earlier this week, campaigners - using the hashtag #FBCensorsPalestine - called on supporters to refrain from posting on Facebook between 8 p.m. and 10 p.m. (Jerusalem time) on Sept. 25.

Hussam al-Zayegh, the campaign's Gaza-based spokesman, told Anadolu Agency that the initiative had been launched in response to what he described as Facebook's "pro-Israel bias".

According to al-Zayegh, the world's most popular social-networking site is actively working to undermine Palestinian activists and journalists who rely on Facebook to help spread their message.

Earlier this month, Facebook signed an agreement with the Israeli authorities that will - among other things - allow the latter to monitor all Palestinian content posted on Facebook and delete whatever posts, pages or personal accounts that are deemed objectionable.

According to Israeli Justice Minister Ayelet Shaked, Facebook administrators have complied with some 95 percent of the Israeli authorities' requests to date.

"We demand that the Facebook administration clarify the agreement signed with Israel, which we believe targets freedom of opinion and expression," al-Zayegh said.

The agreement, he went on to assert, directly contributes to the persecution of Palestinian activists - both on the ground and in cyberspace.

Al-Zayegh and his fellow campaigners intend to push ahead with the initiative until all its demands have been been met.

"We will not stop our campaign until Facebook withdraws from the agreement and respects international laws and standards safeguarding the freedom of opinion and expression," he said.

Next Friday, according to al-Zayegh, members of the campaign plan to stage a demonstration outside Facebook's New York headquarters to press for their demands.

The biggest democracy in the ME needs Facebook to cover the reality about its crimes#FBCensorsPalestine #Boycott @facebook pic.twitter.com/v8b7s4Lw0X

Recently, the Facebook accounts of 12 administrators and editors at two leading Palestinian news agencies - Shehab News Agency and the Al-Quds News Network - were deleted without prior notice or warning.

Mohamed al-Zaneen, an editor at Shehab News Agency, told Anadolu Agency that he had not been able to accesses his account for more than five days.

"I believe this step was taken after the agreement was struck between the Facebook administration and Israel," al-Zaneen said, adding that his account had also been blocked during Israel's 2014 war on the Gaza Strip.

According to officials at the two news agencies, dozens of letters were sent to the Facebook administration asking why the pages had been blocked.

Facebook later restored the blocked pages and apologized for what it said had been a "mistake".

According to the Palestinian Prisoners' Club, over 120 Palestinians - including 20 women - have been detained by the Israeli authorities for alleged "incitement to violence" on Facebook.

Due to a lack of evidence, most of these were held under Israel's policy of "administrative detention", which allows "suspects" to be held indefinitely without charge or trial.

Mustafa Barghouti, a Palestinian MP and leader of the Palestinian National Initiative Party, told Anadolu Agency that Palestinian activists - through the use of social media - had recently succeeded in bringing Palestinian suffering before a global audience and exposing the crimes of Israel's decades-long occupation.

This was especially the case, Barghouti noted, during Israel's devastating military onslaught against the Gaza Strip in 2014 and the subsequent third Palestinian "intifada" ("uprising").

"Palestinian activists have succeeded in winning a large part of public opinion over to the Palestinian cause," he said. "Israel now sees these social-media activists as a major threat to its international image."

Barghouhti went to assert that Israel's policy of arresting Palestinians for alleged "incitement" over posts made on social media "will not deter young Palestinian activists from exposing the occupation's ongoing crimes".