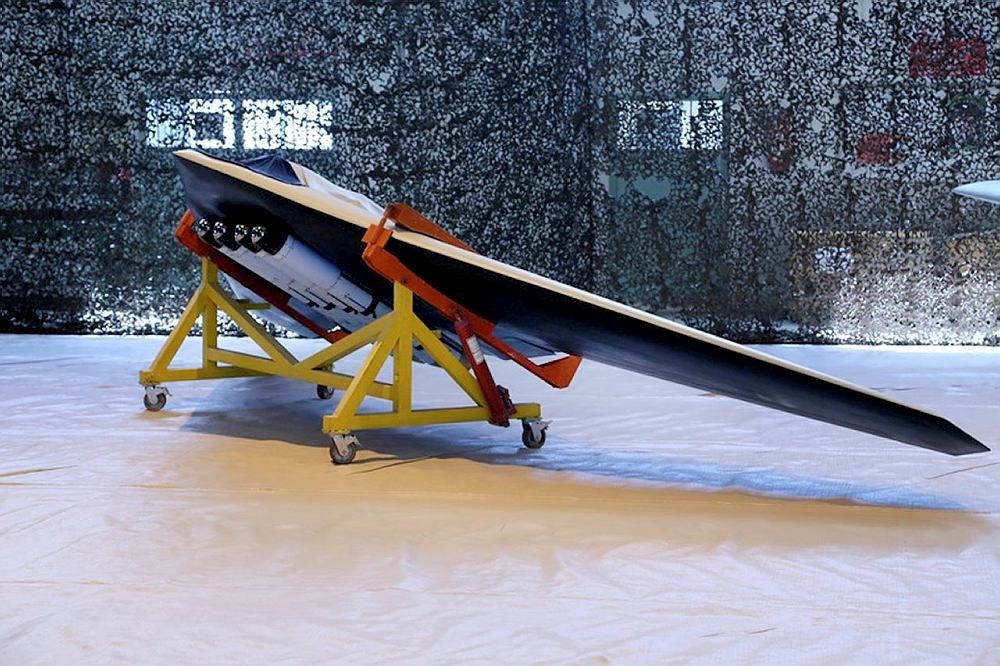 This photo released on Saturday, Oct. 1, 2016, by the Iranian Revolutionary Guard, shows a new attack drone called Saegheh or Thunderbolt in an undisclosed location in Iran. (AP Photo)
by Oct 01, 2016 12:00 am

Iran's Revolutionary Guards unveiled a home-built drone that they said was capable of carrying bombs, state media reported on Saturday, in what appeared to be another copy of a reconnaissance U.S. drone that Iran captured five years ago.

The drone, called Saegheh, or lightning, was unveiled at an expo showcasing the latest achievements by the Revolutionary Guards' aerospace arm.

"This long-range drone is capable of hitting four targets with smart precision-guided bombs with high accuracy," the head of the Revolutionary Guards' aerospace arm, Amir Ali Hajizadeh, was quoted as saying by state news agency IRNA.

The Guards did not demonstrate the drone's abilities and did not say what range it had.

Photograph carried by the Tasnim news agency showed the Iranian drone looked similar to the U.S. RQ-170 Sentinel aircraft that was captured in eastern Iran in 2011. Iranian media said the Iranian model was based on the U.S. one.

U.S. President Barack Obama asked Iran to give back the drone which belonged to American forces in neighbouring Afghanistan, but Tehran said Washington should apologise for spying on the country with unmanned aircraft.