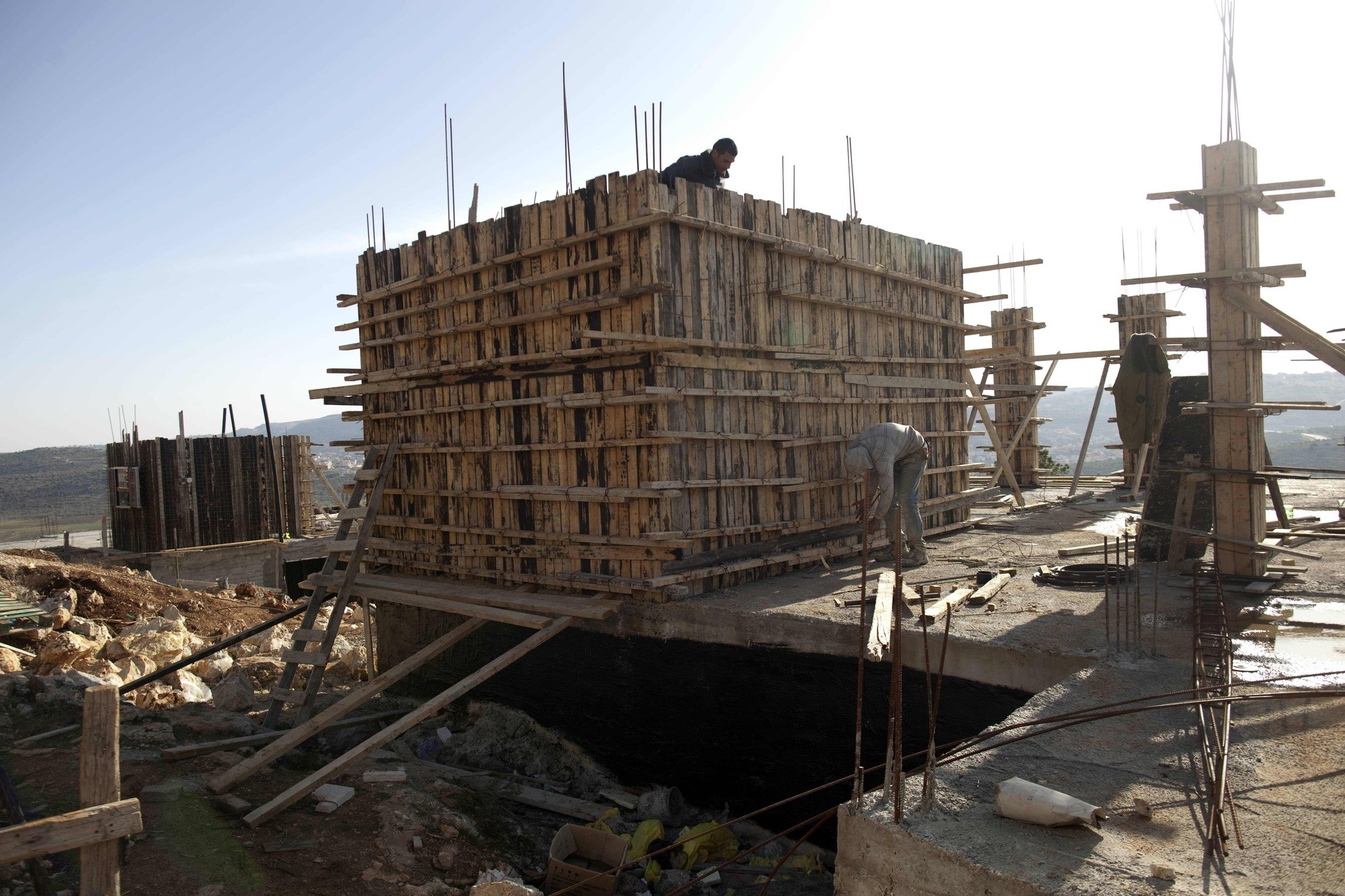 This file photo taken on February 22, 2012 shows Palestinian workers constructing new houses in the Jewish settlement of Shilo in the West Bank. (AFP Photo)
by Oct 01, 2016 12:00 am

Israel has approved the construction of 98 settler homes in the occupied West Bank and an industrial zone near Palestinian political capital Ramallah, the watchdog Peace Now said on Saturday.

"The Israeli government is creating another obstacle for the two-state solution by establishing a new settlement in the heart of the West Bank," Peace Now said in a statement.

Peace Now spokeswoman Hagit Ofran told AFP that two settlement projects were approved on Wednesday by the Israeli military after being given the go-ahead by Defence Minister Avigdor Lieberman.

Israeli settlements in east Jerusalem and the occupied West Bank are viewed as illegal under international law.

They are also considered to be major stumbling blocks to peace efforts as they are built on land Palestinians view as part of their future state.

Israel's Supreme Court ruled earlier this year that the wildcat West Bank Jewish settlement of Amona near Shiloh must be demolished, and Peace Now said the new homes given the green light on Wednesday were designed to house the 40 or so families currently living in Amona.

"It is likely that this will be a part of the 'compensation deal' for the settlers," it said.

Peace Now said the industrial area near Ramallah "can be considered as another kind of settlement as the Israeli government will be encouraging investors to build their factories in this area".