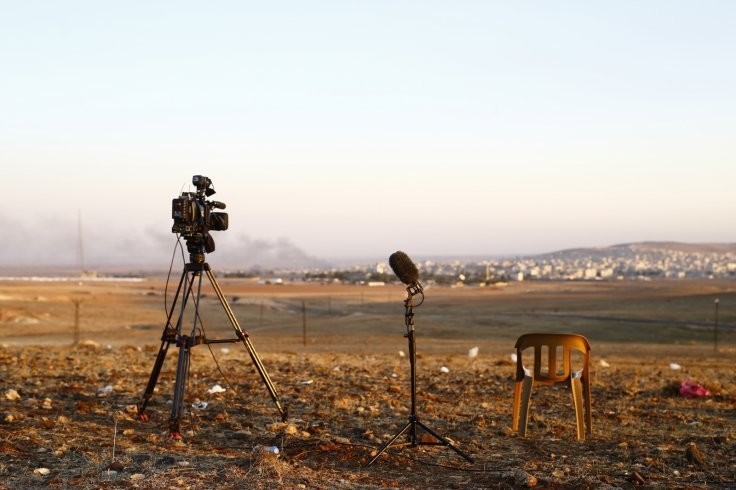 A recently released report has claimed that the Pentagon paid a public relations company, with clients such as 'Iron Lady' Margaret Thatcher, half a billion dollars for secret war propaganda after the U.S. invasion of Iraq in 2003.

The scheme revealed by the Bureau of Investigative Journalism in a Oct. 2 report, consisted of producing fake videos that appeared to be the work of al-Qaeda terrorists, the extremist group formerly headed by Osama bin Laden. These videos were used to track possible al-Qaeda sympathizers and anyone watching them via spy software. U.S. Marines would scatter these videos burned on CD's in locations such as houses they were raiding, the report says.

Bell Pottinger, the hired London-based PR firm, also created news stories that looked as though they were produced by Arab media outlets and sent these to TV stations across the Middle East. TV crews would film at night to film bombings for low quality videos, and the firm's editors would make them appear as if they were real.

The firm's third task was to produce "television commercials portraying al-Qaeda in a negative light".

"Bell Pottinger's work in Iraq was a huge media operation which cost over a hundred million dollars a year on average. A document unearthed by the Bureau shows the company was employing almost 300 British and Iraqi staff at one point.

The London-based PR agency was brought into Iraq soon after the US invasion. In March 2004 it was tasked by the country's temporary administration with the "promotion of democratic elections" – a "high-profile activity" which it trumpeted in its annual report."

Pottinger's output was signed off by General David Petraeus, the then commander of U.S.-led coalition forces in Iraq who would later on become the director of the CIA. On some occasions, even the White House signed off on the propaganda produced by the agency.

The Bureau pointed put that the fact that the videos were made with the help of the U.S.government was sometimes kept hidden.

U.S. law prohibits the White House from using any propaganda on its own population, hence the use of a foreign firm to create the material.

This secret operation lasted about four years, from 2007 to 2011, with the Pentagon paying $540 million to the company. However, the investigation also found out that at least 40 other media companies were paid for services in Iraq from 2006 to 2008.

The controversial UK firm also provided service to Asma Assad, the wife of Syrian regime leader Bashar Assad, and other dictators such as Chile's Augusto Pinochet.

The Bureau of Investigative Journalism is a British watchdog organization known for its extensive reports on secret U.S. drone wars in Pakistan, Yemen and Somalia.