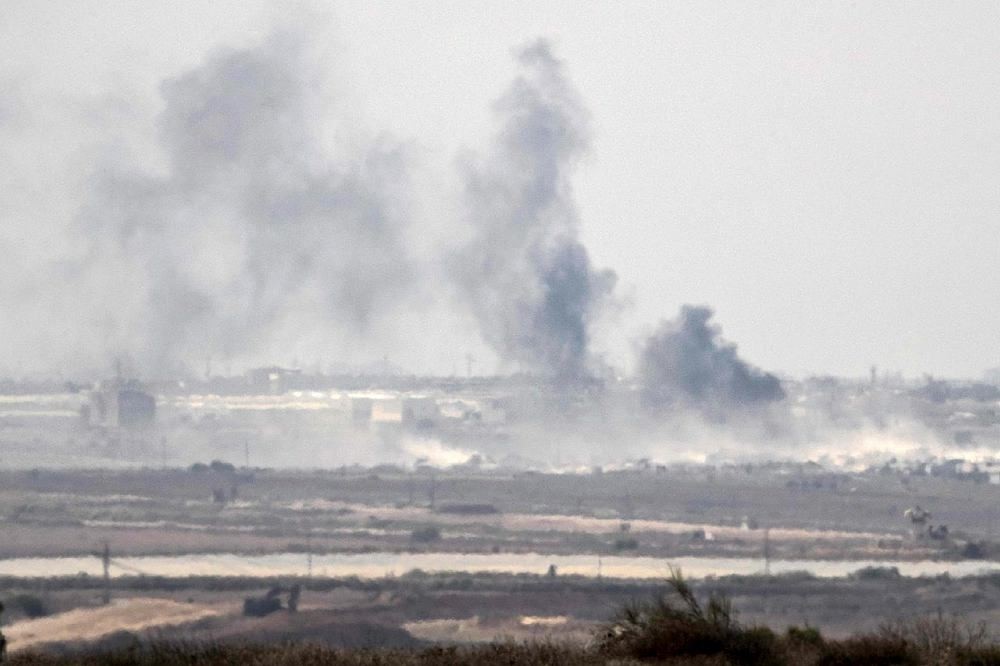 A picture taken from the Israel-Gaza border shows smoke rising from the Palestinian Hamas-run Gaza Strip following an Israeli military strike on October 5, 2016. (AFP Photo)
by Anadolu Agency Oct 05, 2016 12:00 am

Israeli warplanes struck several positions in the blockaded Gaza Strip on Wednesday, according to eyewitnesses.

The Ezzeddin al-Qassam Brigades is the armed wing of Palestinian resistance movement Hamas, which has governed the strip since 2007.

Eyewitnesses, who spoke anonymously due to fears for their safety, also said that Israeli warplanes had struck empty agricultural land east of Gaza City.

The air raids came shortly after Israeli forces reportedly shelled a number of Al-Qassam command posts in the town of Beit Lahia in the northern Gaza Strip.

The Israeli shelling was in ostensible retaliation for a rocket allegedly fired shortly before into southern Israel from inside the strip.

Early on Wednesday, the Israeli army said in a statement that a rocket fired from the besieged coastal enclave had exploded in Israel's southern city of Sderot.

In July and August of 2014, Israel waged a weeks-long military offensive against the Gaza Strip with the ostensible aim of staunching rocket fire from the Palestinian territory.

According to official Israeli figures, 73 Israelis -- mostly soldiers -- were killed in the 51-day conflict.