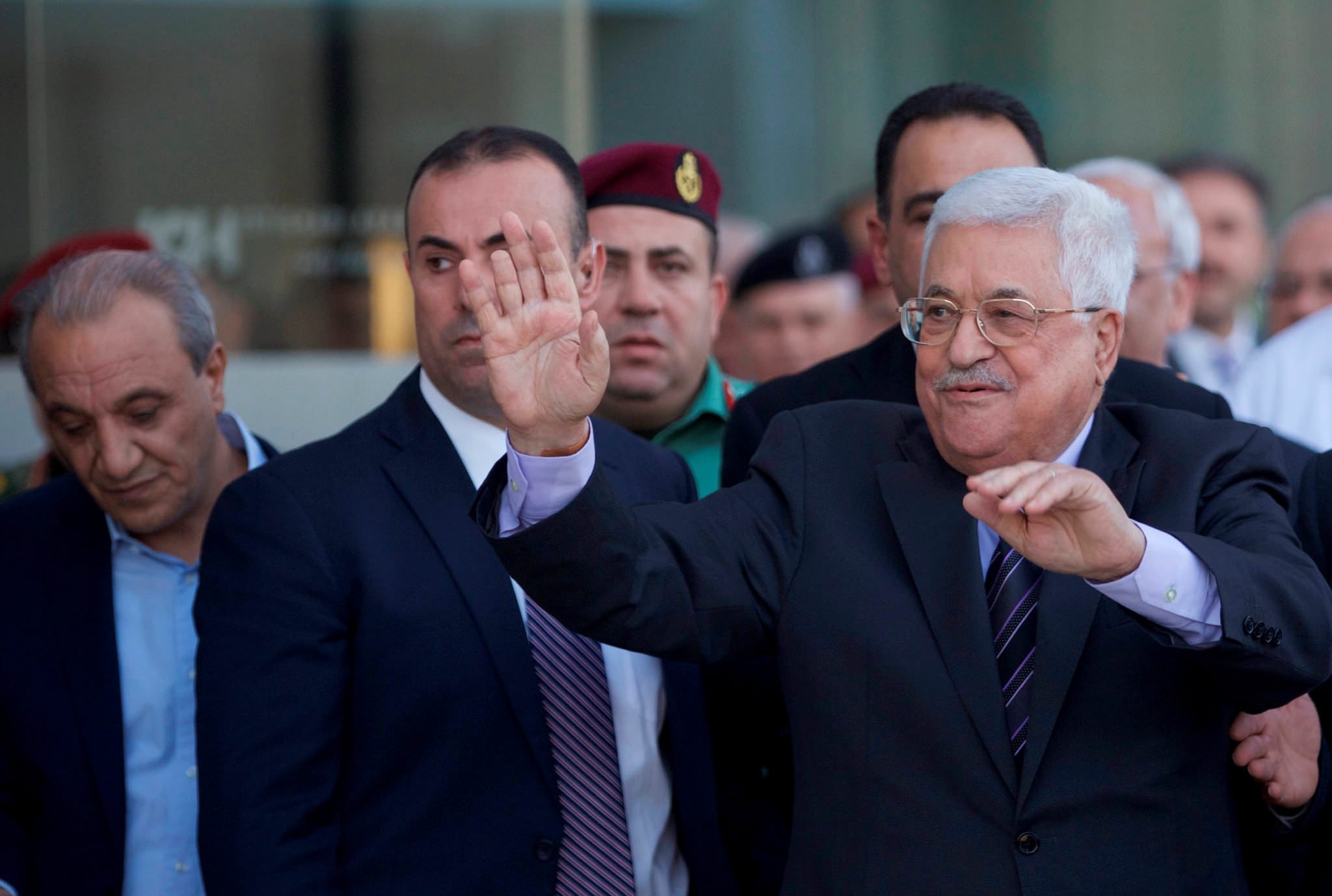 The 81-year-old Palestinian president, Mahmoud Abbas, underwent an emergency heart procedure on Thursday after suffering exhaustion and chest pains, but was given a clean bill of health and quickly discharged from the hospital.

Although the incident did not appear to be serious, the health scare drew attention to the uncertain leadership situation in the Palestinian territories — which are divided between two rival governments and where there is no succession plan for the aging leader.

Dr. Mohammed al-Batrawi, a heart specialist who treated Abbas, said he ordered the president to the hospital for testing after Abbas felt tired and experienced chest pains at his office. He said Abbas went through a number of routine tests, including a cardiac catheterization, a procedure that can detect and treat heart problems, and that everything looked normal.

"His arteries look great, and there is no need for him to stay in the hospital," al-Batrawi said.

Several hours later, Abbas walked out of the hospital, waving to well-wishers.

Abbas did not comment when asked by reporters how he felt. But shortly before leaving the hospital, he told state-run Palestine TV that everything had gone well.

"I had a catheterization. Everything is OK," he said. "I leave the hospital with good health. Thanks to the medical team of the hospital."

Abbas, who has a history of health issues, was elected president in 2005 and has remained in power ever since.

Abbas, who is also a heavy smoker and is overweight, was treated years ago with prostate cancer and has had a stent inserted to treat artery blockage.

He also is under great pressure as his popularity has plummeted. The Palestinian public is frustrated over years of failed peace efforts with Israel. Over the past week, he also has come under heavy criticism at home for attending the funeral of the late Israeli president, Shimon Peres.

Over the years, Abbas has ignored calls to appoint a successor, setting the stage for a bitter power struggle if he is incapacitated.

A long list of senior officials and security chiefs would likely covet the job, though there is no clear front-runner. Perhaps the most popular potential successor, Marwan Barghouti, is serving multiple life sentences in an Israeli prison. Hamas would also likely demand a say in choosing a new leader. Hamas had no immediate comment Thursday.

Even choosing a caretaker leader ahead of future elections will be a difficult task. Under Palestinian law, the parliament speaker is supposed to take over if the president is incapacitated or dies. But the current speaker, Aziz Dweik, is a member of Hamas.

Abbas' Fatah party has argued that since parliament has not functioned in nearly a decade, Dweik would not be eligible to lead the Palestinians.