Muslims must unite in defense of Aleppo: Al-Qaradawi 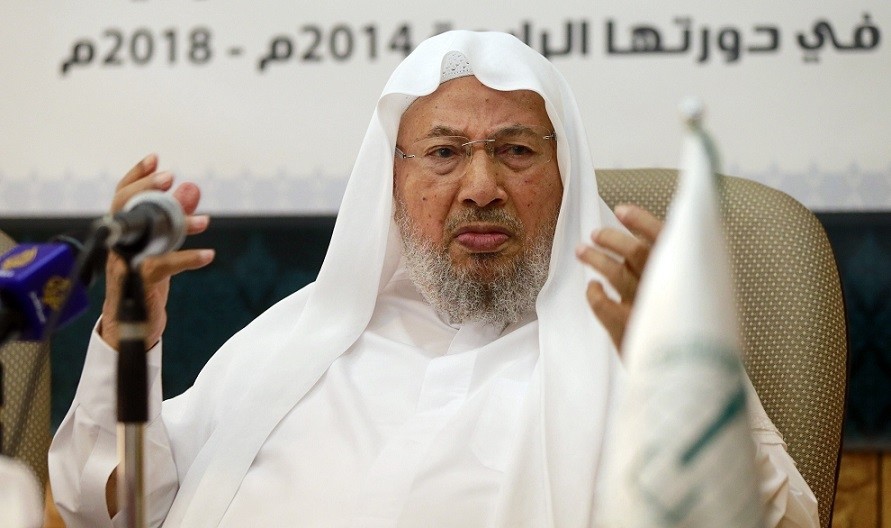 Chairman of the International Union of Muslim Scholars Youssef al-Qaradawi speaks during a news conference in Doha June 23, 2014. (REUTERS Photo)
by Anadolu Agency Oct 08, 2016 12:00 am

Muslims around the world should come to the aid of their brothers and sisters in the besieged Syrian city of Aleppo, Sheikh Yusuf al- Qaradawi, head of the Qatar-based International Union of Muslim Scholars, told Anadolu Agency in an exclusive interview.

Al-Qaradawi spoke to Anadolu Agency during his recent visit to the Turkish city of Istanbul, where he participated in the 26th session of the European Council for Fatwa and Research.

Since announcing the end of a week-long cease-fire on Sept. 19, the Syrian regime -- with Russian air support -- has pounded opposition-held parts of Aleppo, leading to the death and injury of hundreds of civilians.

Al-Qaradawi called on Muslims worldwide to "close ranks with a view to defending Aleppo" from what he described as the "ferocity" of the Syrian regime and its allies.

"The Ummah [the worldwide Muslim community] cannot be broken up," he said. "As Muslims, we all share the same fate."

"Aleppo, which is suffering and will continue to suffer, is the most important cause of our times," al-Qaradawi added. "It is being targeted from all sides by Islam's enemies."

Muslims, the scholar went on to stress, "do not like violence and bloodshed, and refrain from showing hostility except to those who attack them".

Aleppo's moderate-held eastern districts are currently at the mercy of a ground siege by Assad regime troops and allied militias supported by Russian air power.

The ongoing siege has led to a severe shortage of food and medical equipment, which threatens the lives of the city's civilian population.