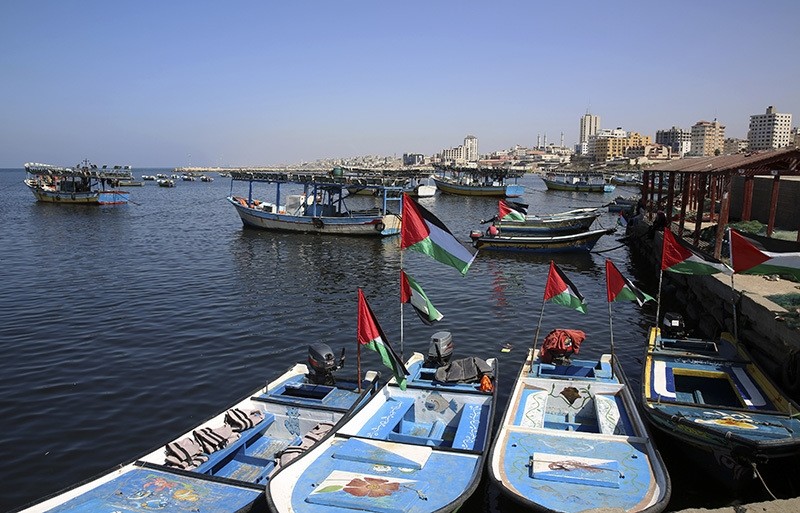 Fishing boats, decorated with national flags, await the arrival of an international boat trying to break Israel's blockade of the Gaza Strip, at the fishermen port in Gaza City, Thursday, Oct. 6, 2016. (AP Photo)
by Compiled from Wire Services Oct 12, 2016 12:00 am

The two millionth person has been born in Gaza, with the birth of a baby boy named Waleed officially recognized as reaching the milestone in the densely populated Palestinian territory.

"There are now more than two million residents in the Gaza Strip after the baby Waleed Shaath was born last night in Rafah in southern Gaza," interior ministry spokesman Iyad Bezm told AFP on Wednesday. 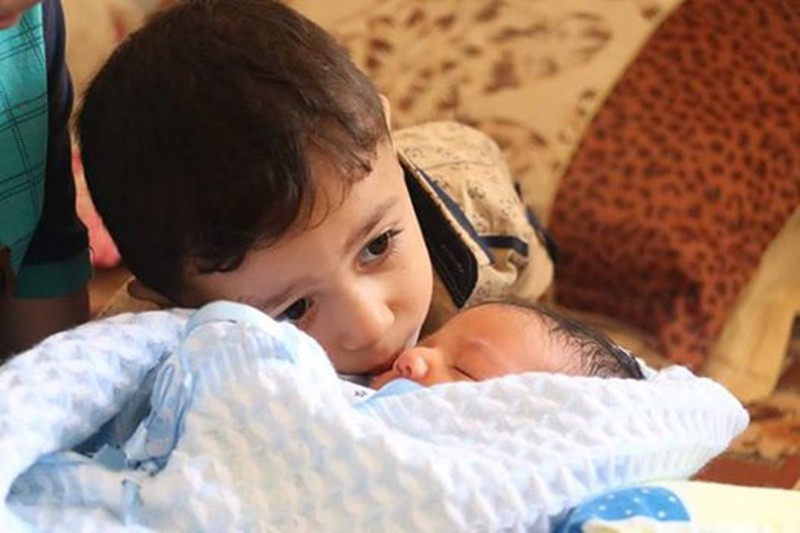 The ministry said the population of the Gaza Strip was now 50.66 percent male and 49.34 percent female.

The ministry said that during September, a total of 4,983 boys and girls were born in the Gaza Strip, adding that "during September, every day, 166 babies were born, that means 7 babies every hour and one baby every ten minutes."

The statement said that during September, 294 babies died right after birth, adding that "every day, 10 babies die in the Gaza Strip."

Gaza, a tiny 360-square-kilometer enclave squeezed between Egypt, Israel and the Mediterranean Sea and just 12 kilometres (7.5 miles) across at its widest point, has one of the highest population densities in the world, according to the United Nations.

The territory could be "unlivable" by 2020, the UN said last year, due in large part to "high population density and overcrowding." Most of its people are poor and live in eight refugee camps, four big cities and more than 12 towns and villages.

Socio-economic conditions in Gaza today are currently "at their lowest point since 1967," when Israel seized the territory from Egypt in the Six-Day War, the report said.

According to the Gaza Chamber of Commerce, unemployment has climbed to more than 50 percent, while more than half the enclave's population live in poverty.

International organizations say that 80 per cent of the Gaza population live on international humanitarian aid.

Israel pulled out of Gaza in 2005, but has maintained a blockade on the territory run by Hamas for a decade, while Egypt has also closed its border in recent years.

Israel argues the blockade is necessary to prevent the entry of material that could be used for military purposes, though UN officials have called for it to be lifted.

Israel and Palestinian militants in Gaza have fought three wars since 2008.