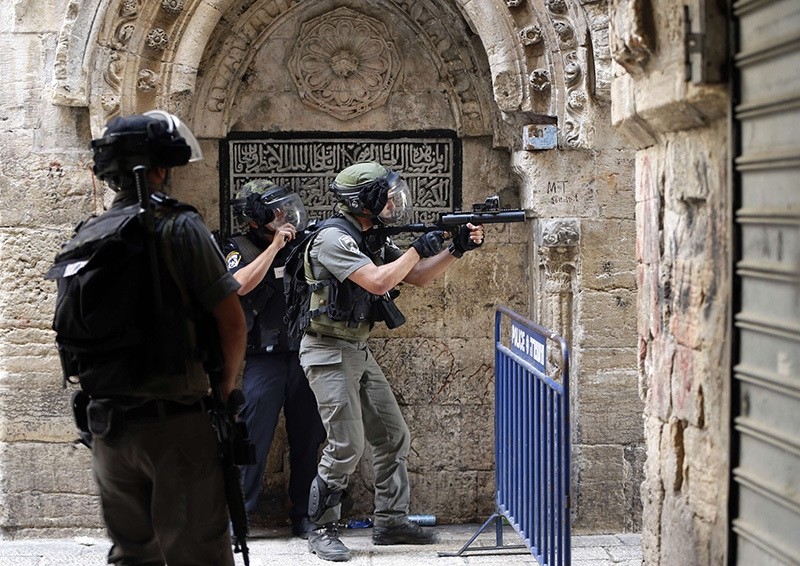 Israeli police shooting Palestinian demonstrators in a street of the Muslim quarter in Jerusalem's old city during clashes with Israeli police, Sept. 15, 2015. (AFP Photo)
by Compiled from Wire Services Oct 12, 2016 12:00 am

Ali Shiouki, 20, was killed as security services and the Israeli army were deployed in force across the occupied West Bank and east Jerusalem to prevent attacks during the solemn Jewish holiday of Yom Kippur, the officials said.

Israel didn't allow Palestinians to enter to the occupied West Bank or the Gaza Strip ahead of the solemn Jewish holiday of Yom Kippur that began Tuesday evening.

Thousands of Jews visit the Western Wall in east Jerusalem's Old City around Yom Kippur, or Day of Atonement, which ends on Wednesday evening.

The same measures were taken for last week's Rosh Hashanah holiday and will be imposed again for next week's Sukkot festival.