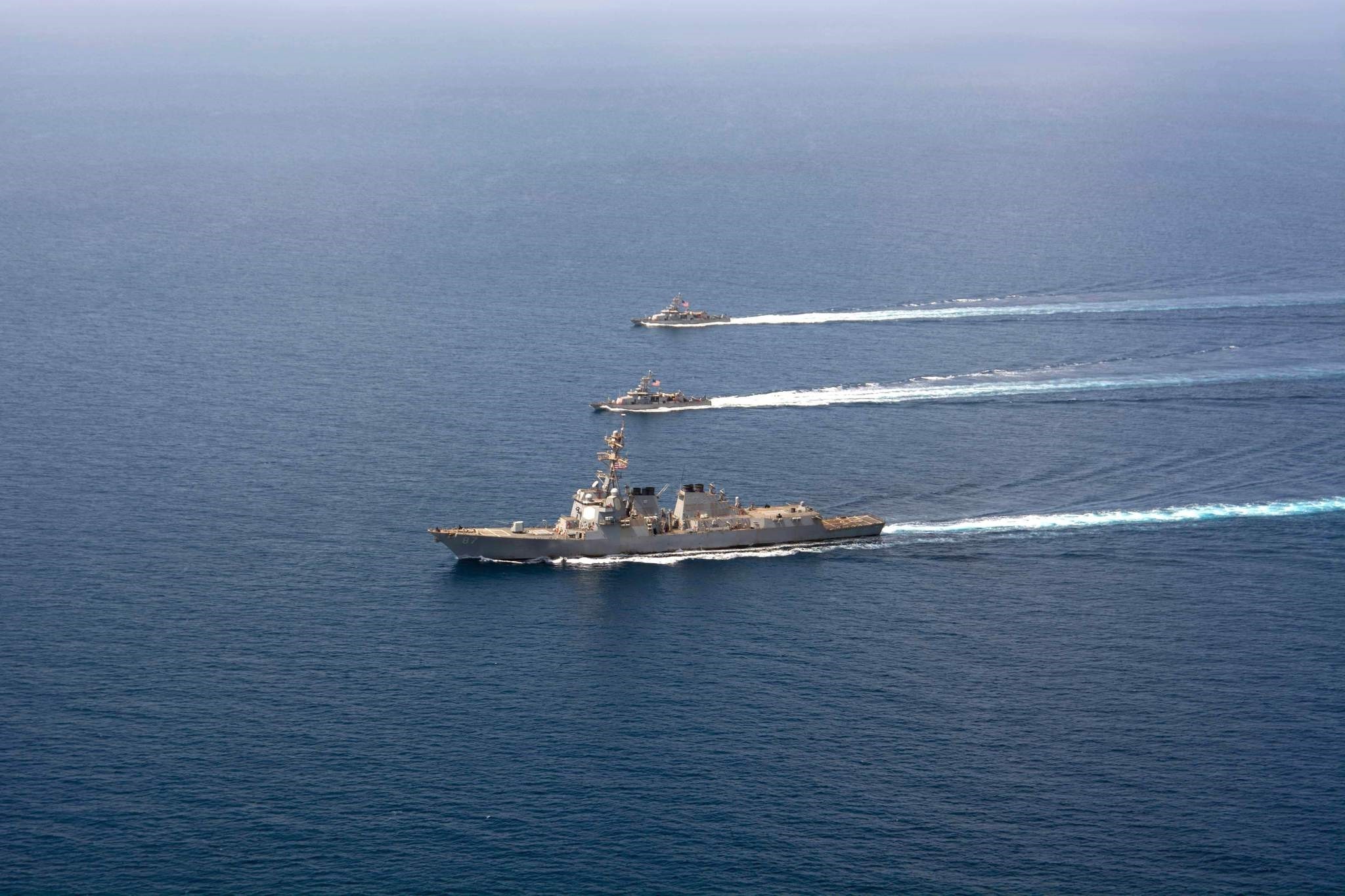 Two missiles fired from rebel-held territory in Yemen fell short of a US warship patrolling the Red Sea off the coast of the war-torn country, the US navy said on October 10, 2016. (AFP Photo)
by Oct 12, 2016 12:00 am

A U.S. Navy destroyer was targeted on Wednesday in a failed missile attack from territory in Yemen controlled by Iran-backed Houthi rebels, the second such incident in four days, the U.S. military said.

The USS Mason fired defensive salvos in response to at least one missile which did not hit the ship or caused any damage as it operated north of the Bab al-Mandab Strait, the Pentagon said. Indications are that the second salvo brought down an incoming missile, one U.S. official said, speaking on condition of anonymity.

The United States, a longtime ally of Saudi Arabia, has provided aerial refueling of jets from a Saudi-led coalition striking Yemen and it supplies U.S. weapons sales to the kingdom.

Michael Knights, an expert on Yemen's conflict at the Washington Institute for Near East Policy, said the missile attacks appeared to be the Houthis' response to an attack last weekend, widely blamed on Saudi-led forces, on mourners gathered in Yemen's Houthi-held capital Sanaa.

The White House says it is reviewing its support for Saudi-led forces in Yemen in the wake of Saturday's strike, which killed at least 140 people by one count.

Knights said the targeting of U.S. warship suggested the Houthis, fighters from a Shi'ite sect that ruled a 1,000-year kingdom in northern Yemen until 1962, could be becoming more militarily aligned with groups like Lebanon's Shi'ite militant group Hezbollah.

"Targeting U.S. warships is a sign that the Houthis have decided to join the axis of resistance that currently includes Lebanese Hezbollah, Hamas and Iran," Knight said.

The USS Mason was also the target of a failed missile attack off Yemen on Sunday, and the Navy praised the resolve of sailors aboard the ship.

"The team in USS Mason demonstrated initiative and toughness as they defended themselves and others against these unfounded attacks over the weekend and again today," the Chief of Naval Operations Admiral John Richardson said.

"All Americans should be proud of them," he said.

The missile incidents, along with an Oct. 1 strike on a vessel from the United Arab Emirates, add to questions about safety of passage for military ships around the Bab al-Mandab Strait, one of the world's busiest shipping routes.

The Houthis, who are battling the internationally-recognized government of Yemen President Abd Rabbu Mansour al-Hadi, denied any involvement in the previous attempt to strike the USS Mason.

But U.S. officials have told Reuters there are growing indications that Houthi rebels, despite those denials, were responsible for Sunday's incident.

The rebels appeared to use small skiffs as spotters to help direct the missile attack on the warship on Sunday. The United States is also investigating the possibility that a radar station under Houthi control in Yemen might have also "painted" the USS Mason, something that would have helped the Houthi fighters pass along coordinates for a strike, the officials have said.

The Houthis, who are allied to Hadi's predecessor Ali Abdullah Saleh, have the support of many army units and control most of the north including the capital Sanaa.

Reuters has learned that the coastal defense cruise missiles used against the USS Mason on Sunday had considerable range, adding to concerns about the kind of heavy weaponry that the Houthis appear willing to employ and some of which U.S. officials believe is supplied by Iran.

Although the United States has provided limited support for the Saudi-led coalition battling the Houthis, it also has reserved its direct military role in Yemen to the fight against al Qaeda's affiliate, al Qaeda in the Arabian Peninsula.

That general U.S. policy might still remain in place, even if it opts to carry out one-off retaliatory strikes.

Yemen's war has killed at least 10,000 people and brought parts of the country to the brink of starvation.