Shiite militias should not have a role in Mosul operation, FM Çavuşoğlu says 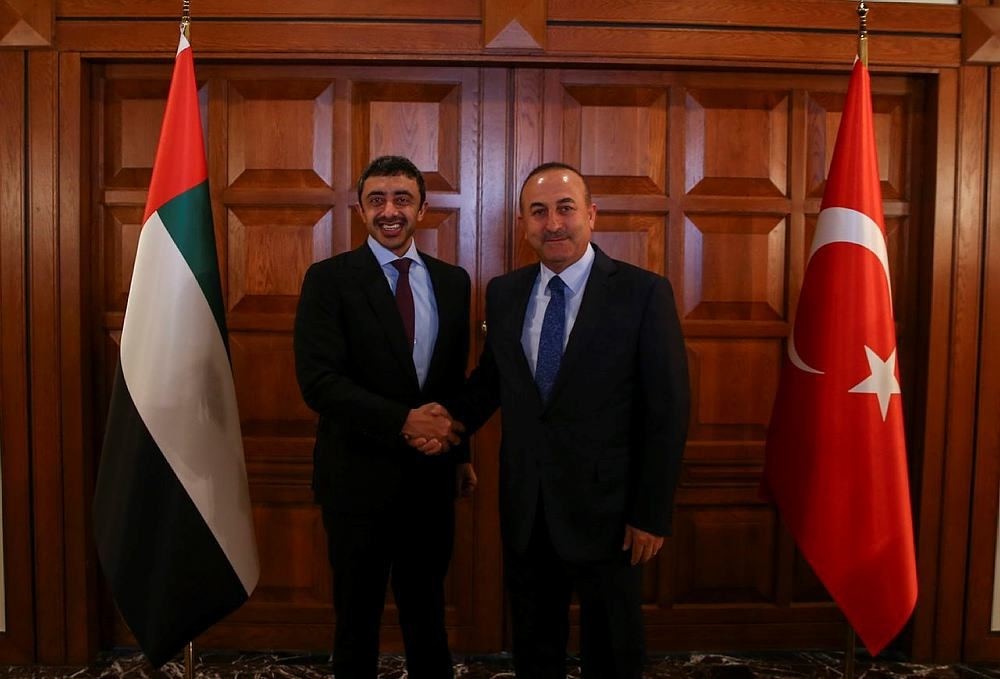 Foreign Minister Mevlüt Çavuşoğlu said Sunday that Shiite militias must be excluded from the operation to retake Mosul from Daesh terrorists.

Speaking at a joint press conference with his United Arab Emirates (UAE) counterpart Abdullah bin Zayed Al Nahyan in Ankara, Çavuşoğlu said the Iraqi army and local fighter are the forces who should lead the battle with the support of Peshmerga and coalition forces.

"Peshmerga is already in the region and provide its support, locals should not be forced to make a choice between Daesh terrorists and the Shiite groups, which are attacking Sunni Muslims in the region," the foreign minister said, emphasizing the importance of reducing the sectarian tensions in the area.

Çavuşoğlu expressed Turkey's determination to support the battle, adding that each new development in Syria and Iraq directly affects Turkey as it has become a target of Daesh and PKK due to the current situation in the neighboring countries.

In mid-2014, Daesh captured the northern city of Mosul and overran vast swathes of territory in northern and western Iraq.

Recent months have seen the Iraqi army, backed by a 60-nation air coalition led by the U.S., retake much territory. Nevertheless, the terrorist group remains in control of several parts of the country, including Mosul.

In recent weeks, the army and its allies have staged a gradual advance on the city, which officials in Baghdad have vowed to "liberate" by year's end.

The battle may spark a humanitarian crisis, with the United Nations warning that up to one million people may be displaced by the fighting as winter sets in.