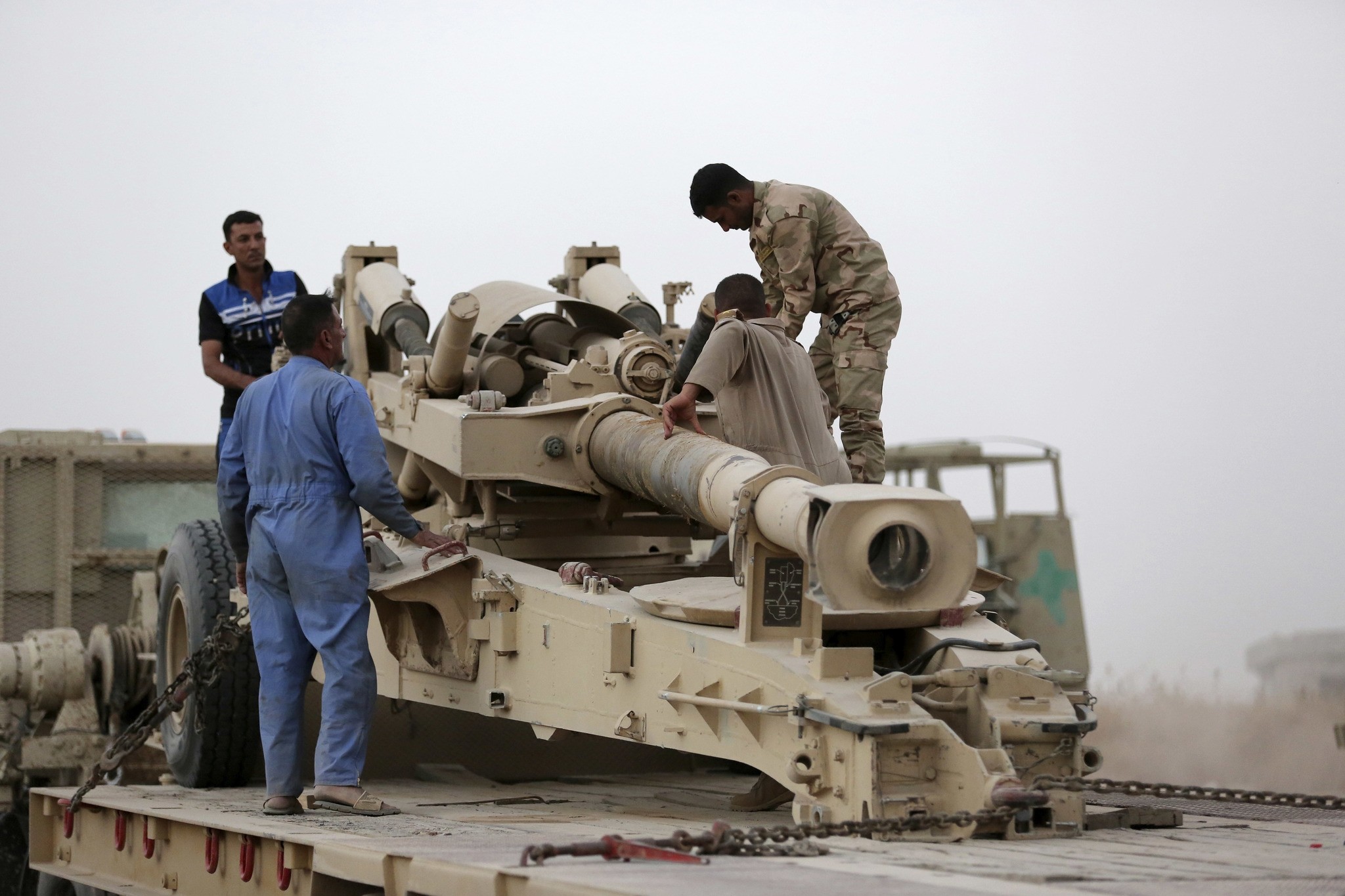 Iraq's elite counterterrorism forces prepare for an operation to re-take the Daesh-held City of Mosul, outside Mosul, Iraq, Friday, Oct. 14, 2016. (AP Photo)
by Daily Sabah with Wires Oct 17, 2016 12:00 am
Iraqi Prime Minister Haider Al-Abadi said early Monday that the offensive to take back Mosul from Daesh has started.

Abadi said that only Iraqi troops and police force will join the operation.

Abadi made the announcement on an Iraqi television.

"The time of victory has come and operations to liberate Mosul have started," he said in an address broadcast by the Iraqiya channel.

"Today I declare the start of these victorious operations to free you from the violence and terrorism of Daesh," he said, addressing residents of the Mosul region.

Mosul is the last major Iraqi city to be controlled by Daesh terrorists, as the government troops and militia have expelled them so far from major cities such as Ramadi, Fallujah and Tikrit.
Last Update: Oct 17, 2016 2:08 am
RELATED TOPICS