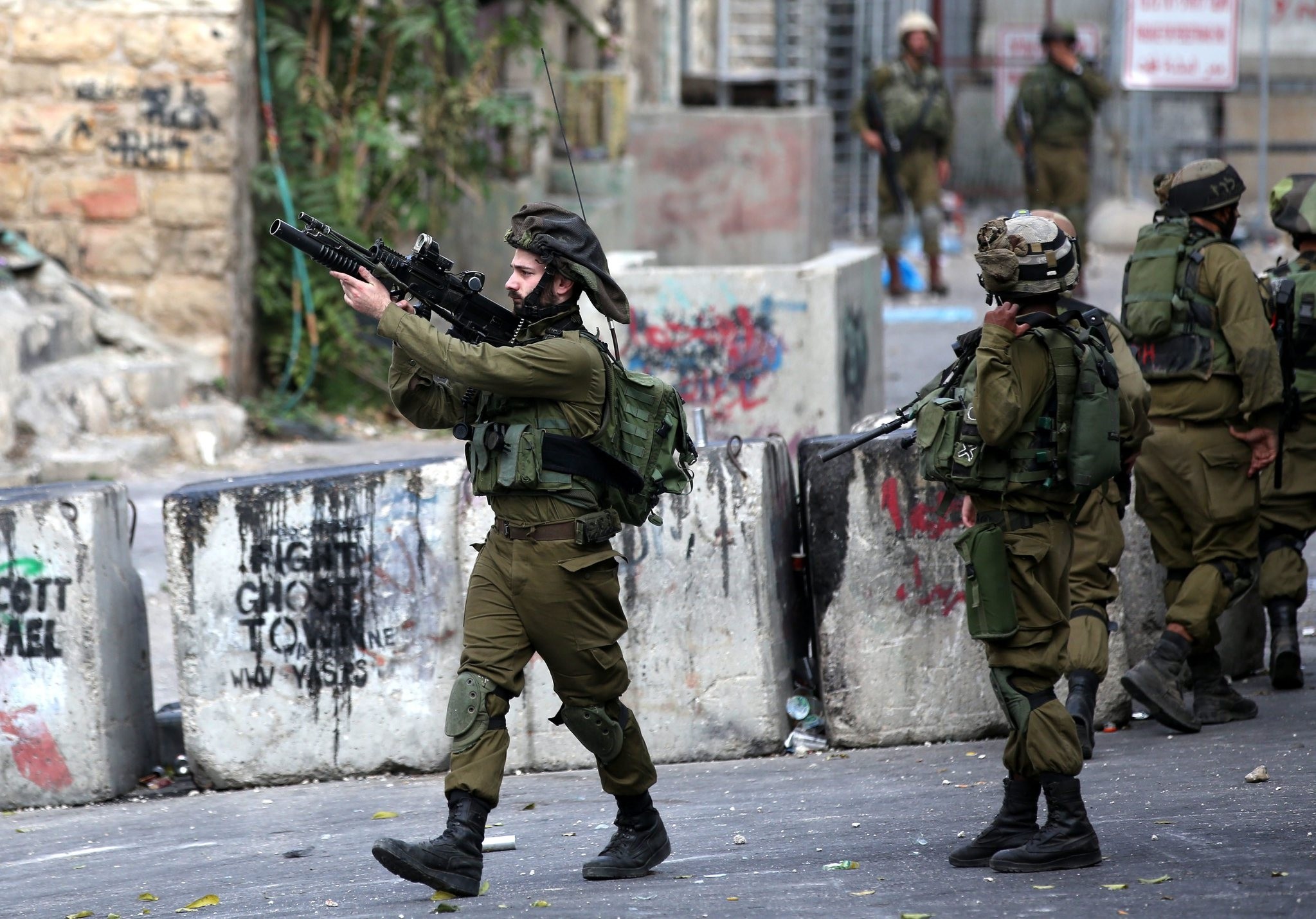 Israeli soldiers take up position during clashes with Palestinian protesters in the West Bank city of Hebron, 19 October 2015. (EPA Photo)
by Daily Sabah with Agencies Oct 20, 2016 12:00 am

Israeli troops shot dead a Palestinian teenager whom they suspected had thrown rocks at them as they patrolled the occupied West Bank road on Thursday, the military said.

A spokeswoman for the military said the soldiers shot dead the young Palestinian after he wounded one soldier lightly in the Beit Ummar area near the city of Hebron.

Israeli army have killed 235 Palestinians since October 2015 while 36 Israelis, two Americans, one Jordanian, an Eritrean and a Sudanese national were also killed as a result of the tension.

The West Bank city of Hebron has seen the highest number of fatalities, with 80 Palestinians shot dead by Israeli forces. This was followed by Jerusalem (Al-Quds in Arabic), where 51 Palestinians have been killed within the past year.

Israel occupied East Jerusalem and the West Bank during the 1967 Middle East War. It later annexed the city in 1980, claiming it as the unified capital of the self-proclaimed Jewish state -- a move never recognized by the international community.

International law views the West Bank and East Jerusalem as "occupied territories," considering all Jewish settlement building on the land to be illegal.