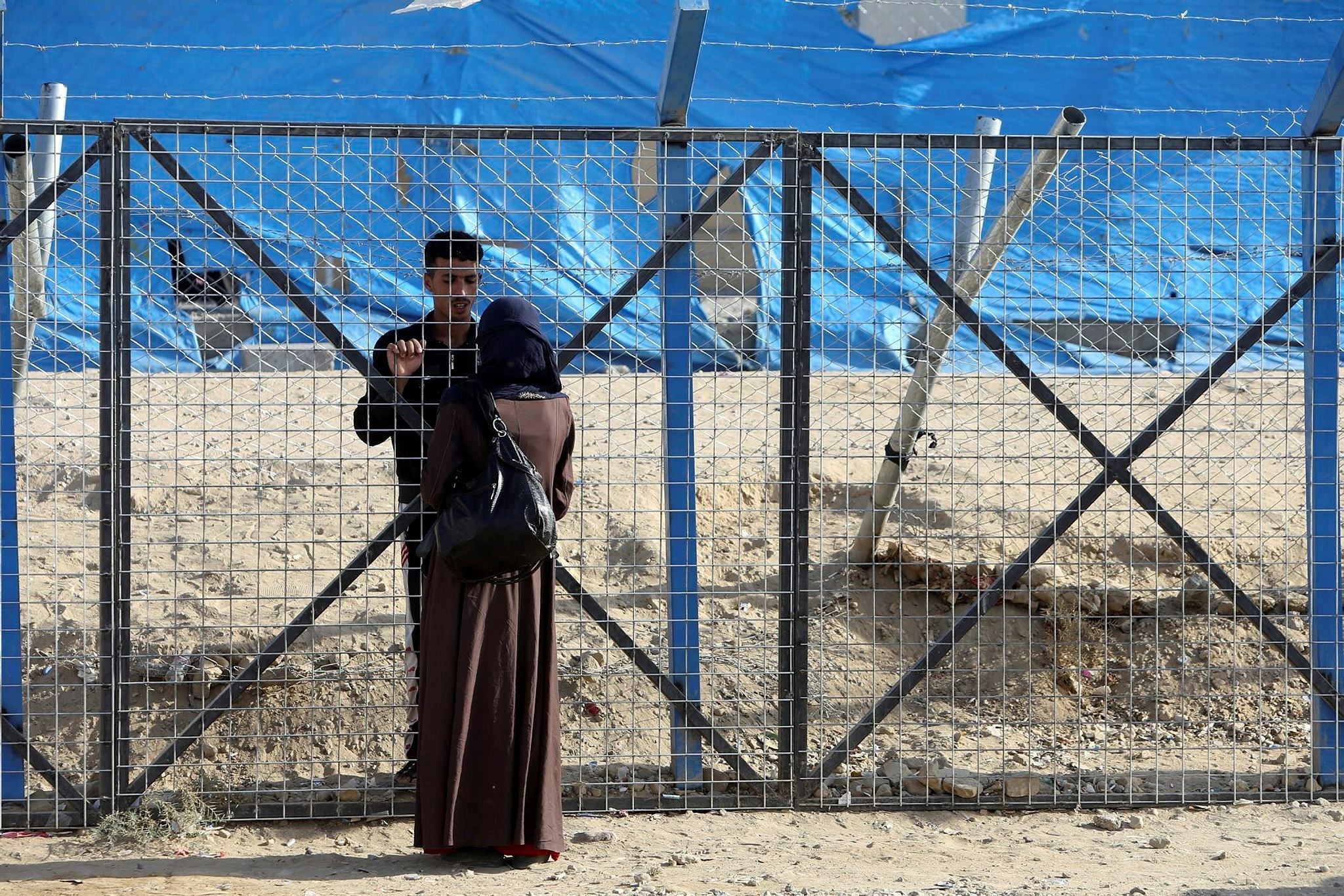 A displaced woman who fled Daesh militants from Mosul speaks with her husband through a fence at Deepaka camp in the northwest of Erbil, Iraq, October 20, 2016. (Reuters Photo)
by Compiled from Wire Services Oct 20, 2016 12:00 am

The fighting around the Iraqi city of Mosul has forced 5,640 people to flee their homes in the last three days, the International Organization for Migration said on Thursday, most of them in the last 24 hours.

The offensive for Mosul — Iraq's second-largest city and the biggest Daesh-held city — is expected to take weeks, if not months. There are fears it could unleash sectarian tensions, and threaten civilians in a region ravaged by years of violence.

Iraqi Prime Minister Haider Al-Abadi said Thursday that Mosul may fall sooner than expected. "The fighting forces are currently pushing forward toward the town more quickly than we thought, and more quickly certainly than we established in our plan of campaign," he told the Paris conference via video transmission.

French Foreign Minister Jean-Marc Ayrault warned that up to a million people might try to flee Mosul, and said authorities must check each one to make sure extremists aren't among them.

Ayrault also said the international community must think about the next step — notably, what do about the Daesh stronghold of Raqqa in Syria.

As the Mosul fighting intensifies, Al-Abadi said the Iraqi government is "providing support for internally displaced people," and opening humanitarian corridors amid the ongoing military operations.